Leave a Light On

"Leave a Light On" is a pop song written by Rick Nowels and Ellen Shipley, produced by Nowels for Belinda Carlisle's third solo album Runaway Horses (1989).

The single narrowly missed the top ten in the US peaking at No.11. It fared much better elsewhere reaching the top 5 in many countries including the UK where it peaked at No.4.

Released as the album's first single at the end of 1989 - as a CD single, 7" single and a 12" single - "Leave a Light On" became a Top Ten hit in Australia, Austria, Italy, Sweden, Switzerland, Canada, Netherlands and the UK. In the U.S. "Leave a Light On" peaked at #11 affording Carlisle her final U.S. Top 20 hit: Carlisle's followup U.S. single release "Summer Rain" would mark her final U.S. Top 40 appearance reaching #30 on the Billboard Hot 100.

"Leave a Light On" features George Harrison on slide guitar; Carlisle recalls: "Rick said we should get someone cool and with a distinctive style to play the lead guitar part. I thought for a moment and said 'What about George Harrison?' I had met George briefly a few years earlier in San Remo Italy and Morgan through his work on Sex Lies and Videotape" - a film Mason had produced for Harrison's HandMade Films - "knew someone who was close to and able to get word to him. George responded right away, saying he'd love to help out."

The single can be heard in a 1991 episode of the TV sitcom Out of This World entitled "I Want My Evie TV".

There are four versions of the song: The album version, and the 7" Edit of the song, this versions were mixed by Shelly Yakus and Steve McMillan. The other two are the Extended Mix and the edit of this mix, called the Kamikazee mix, the later included on Carlisle's "Vision of You" CD single, Jason Corsaro made these two mixes.

The music video was directed by Peter Care. 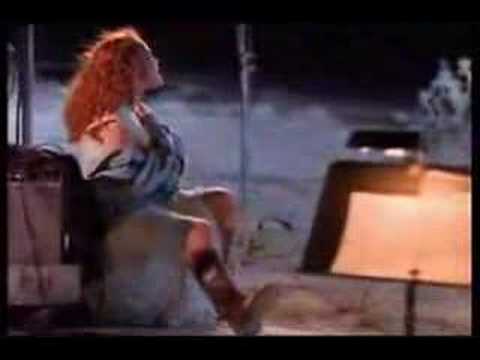