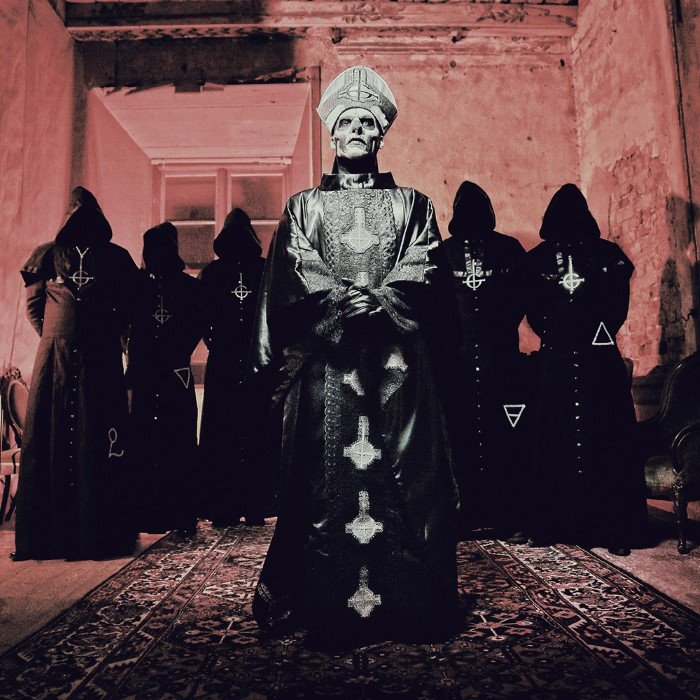 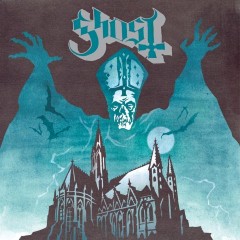 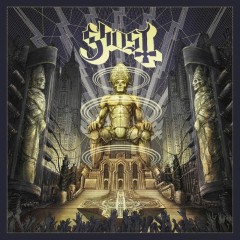 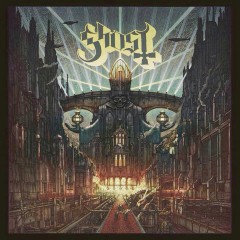 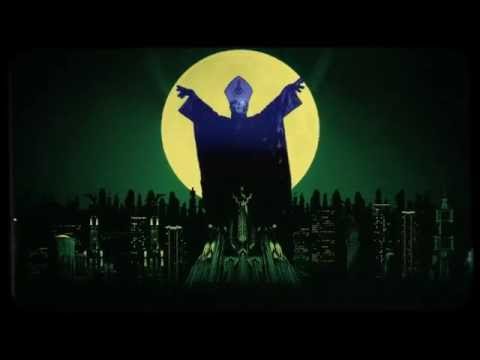 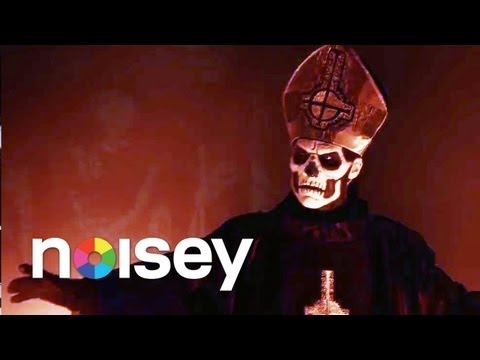 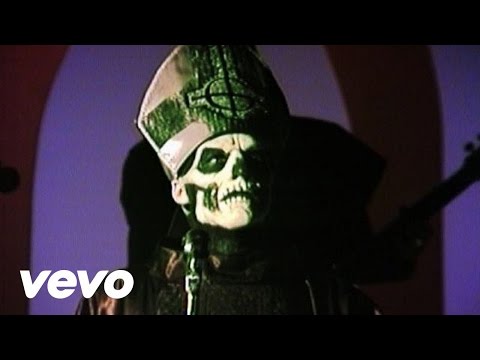 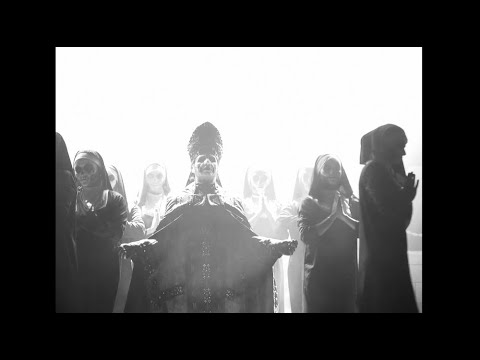 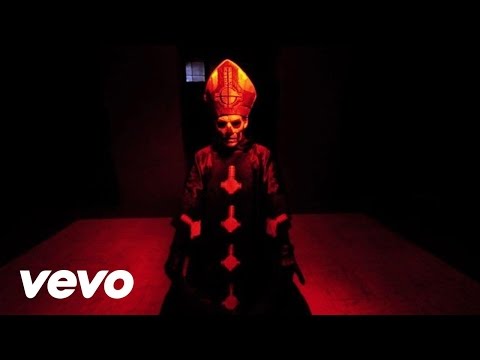 Ghost, also formerly known as Ghost B.C. in the United States, is a Swedish rock band that was formed in Linköping in 2006. In 2010, they released a three-track demo followed by a 7-inch vinyl titled "Elizabeth", and later their debut full-length album Opus Eponymous. The song Ritual was chosen by Kerrang! as one of "The 50 Most Evil Songs Ever." The Grammis-nominated album was widely praised and significantly increased their popularity. Their second album and major label debut, Infestissumam, was released in 2013, debuted at number one in Sweden, and won the Grammis Award for Best Hard Rock/Metal Album. The band released their third studio album, Meliora, in 2015 to much critical acclaim and high record sales, reaching number one in their home country of Sweden, and number eight in the United States. Its lead single, "Cirice", earned them the 2016 Grammy Award for Best Metal Performance. The band released their fourth studio album, Prequelle, in 2018.

Ghost is easily recognizable owing greatly to its eccentric on-stage presence. Seven of the group's eight members, its 'Nameless Ghouls', wear virtually identical, face-concealing costumes. Prior to a 2017 lawsuit filed by former members of the band, lead singer Tobias Forge obscured his identity behind the character "Papa Emeritus". The character, which consists of Forge in a prosthetic mask and makeup, can be best described as a 'demonic anti-pope'. The Papa Emeritus Character has gone through five incarnations - I, II, III, Nihil, and IV. From the release of the 2018 album Prequelle and subsequent world tour, Forge portrayed a character known as "Cardinal Copia", who is described as being unrelated to any of the Papa Emeritus characters and whose costume consists of either Cardinal vestments or a black or white tuxedo alongside a prosthetic mask with black eye makeup and the multi-colored eyes which had been present in each Papa character. In March 2020, at the final show of A Pale Tour Named Death, Forge once again assumed the mantle of Papa Emeritus. 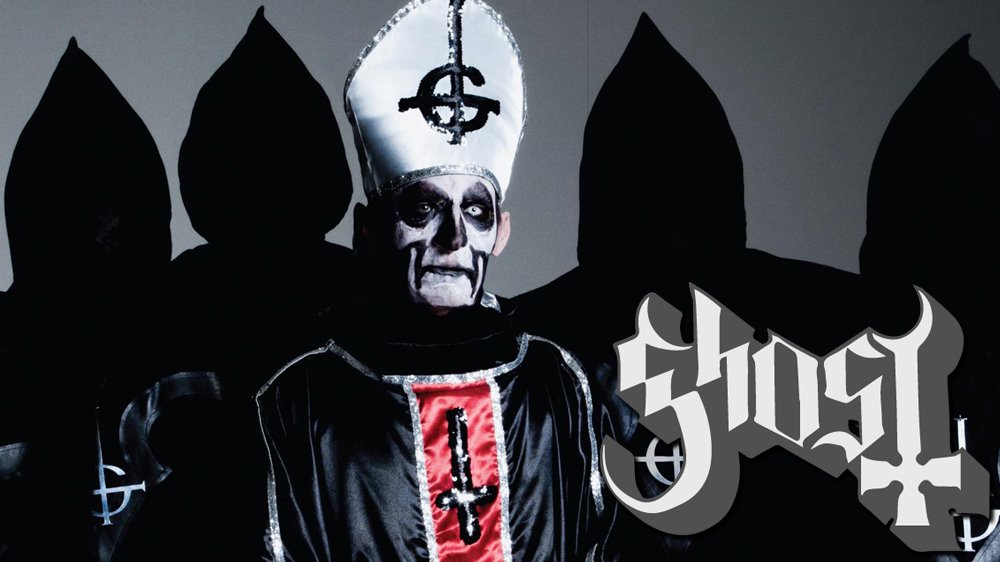 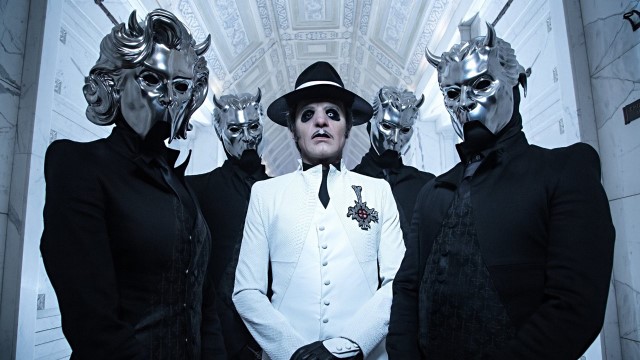 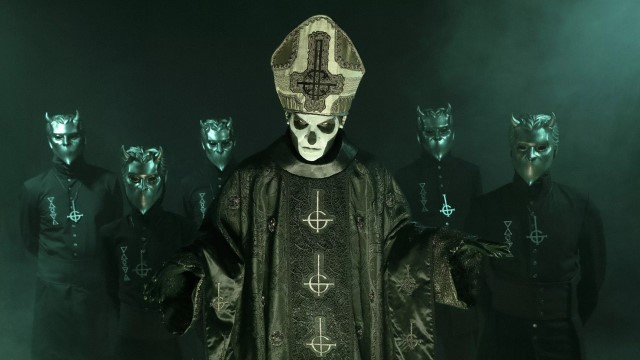 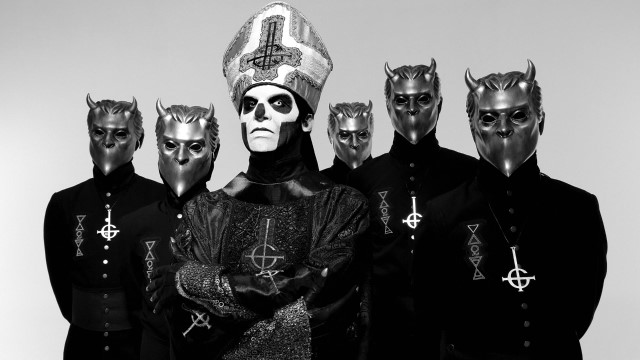 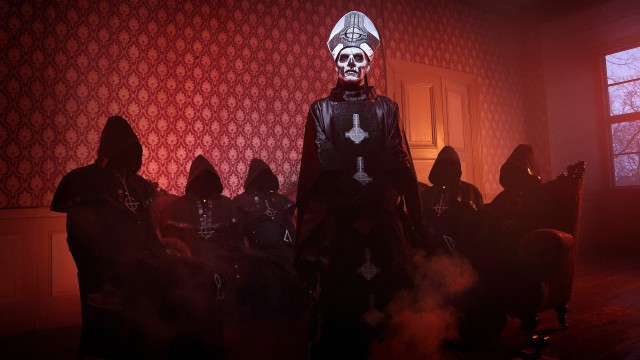