05) Leader Of the Landslide
06) Left For Denver 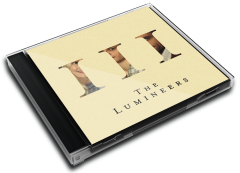 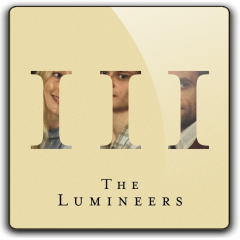 III is the third studio album by American indie folk band the Lumineers. The album was released on September 13, 2019.

Composition
As well as being the Lumineers' third album, the album title also references that the album is presented in three chapters, each focusing on a different main character of the fictional Sparks family. Lumineers co-founder Jeremiah Fraites said "This collection of songs worked out in a beautiful way, and I feel with this album we've really hit our stride." In an interview with NPR, Fraites and Schultz both explained how their lives have been impacted by addiction, and that this album was intended to chronicle the effects of addiction on family members and loved ones. "Schultz says he had a childhood friend in New Jersey who slowly came apart as a teenager because of drug addiction. Both band members experienced this because Schultz's friend, Josh Fraites, was the brother of his future bandmate, Jeremiah." As of September 13, 2019, the Lumineers have released 6 music videos from the first 6 tracks of the album, chronicling the main characters and their journey living alongside addiction.