"Youngblood" is a song recorded by Australian rock band 5 Seconds of Summer. It was written by Calum Hood, Ali Tamposi, Andrew Watt, Ashton Irwin and Luke Hemmings, with production handled by Watt and Louis Bell. The song was released via Capitol Records on 12 April 2018, as the second single from their third studio album, of the same name (2018). It reached number one in Australia in May 2018, becoming 5 Seconds of Summer's second number-one song in their home country. It has spent eight consecutive weeks at the top, before being knocked off by Drake.

Background and release
The song was initially released as an instant download track with the pre-order of the album, but was later released as a single. Ashton Irwin has said that he "loved that new wave could be really melancholy, but also up. It had romanticism and anger, but also energy and colour. That's exactly what we wanted for our new music."

Critical reception
Jon Blistein of Rolling Stone said the song has a "relentless, thumping rhythm, around which 5 Seconds of Summer move between delicate verses and a booming chorus".

Music video
The official music video for the song was released on the band's YouTube channel on 26 April 2018. It is filmed in monochrome and intercuts backstage tour footage with a live performance of the song. As of 1 July 2018, the video has over 22 million views. 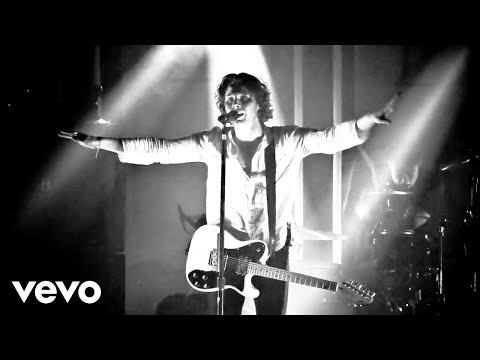