"Sandcastles" is a song recorded by American singer Beyoncé for her sixth studio album, Lemonade (2016).

The song's music video, directed by Mark Romanek, is part of a one-hour film with the same title as its parent album, originally aired on HBO. It features scenes of a tearful Beyoncé together with Jay Z who is seen embracing her, and laying together with her. Gerrick D. Kennedy from Los Angeles Times called it "the most intimate of displays for pop’s most intensely private couple".

In the music video, a black bowl repaired with the traditional japonese technique of kintsugi is featured at 1.10 minutes. Kintsugi is the art of repairing with gold, treating the breakage and repair as part of the history of an object, and often quoted as a symbol of resilience and repair. The lyrics echo this visual : "If we're gonna heal, let it be glorious" "Dishes smashed on my counter from our last encounter" "And your heart is broken ' cause I walked away" "Show me your scars and I won't walk away". 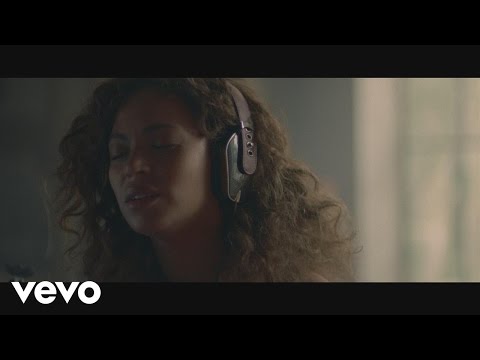