Get Me Bodied (extended mix)

"Get Me Bodied" is a song recorded by American R&B singer Beyoncé Knowles for her second studio album, B'Day (2006). It was written by Knowles, Knowles, Kasseem "Swizz Beatz" Dean, Sean Garrett, Makeba Riddick, Angela Beyincé, Solange Knowles while the production was handled by Dean, Beyoncé Knowles and Sean Garrett. Knowles was inspired by her sister, Solange Knowles, and former Destiny's Child band-mates Kelly Rowland and Michelle Williams for the writing process. Columbia Records released "Get Me Bodied" as the album's seventh and final single in the US on July 10, 2007.

"Get Me Bodied" is an R&B and bounce song with dancehall and reggae influences. It features Knowles as the female protagonist going out an evening in the right dress and the right hair, to steam up any dance floor and make sure her call to "get her bodied" is irresistible. The song was generally well received by contemporary music critics, who complimented its party sound and Knowles' vocals. The American Society of Composers, Authors, and Publishers (ASCAP) recognized it as the best R&B and Hip-Hop song of 2007. "Get Me Bodied" reached number 68 on the US Billboard Hot 100 chart, becoming the lowest charting US single of Knowles and the album. The song peaked at number 10 on the US Hot R&B/Hip-Hop Songs chart and at number 88 on the US Pop 100 chart.

Its accompanying music video was co-directed by Knowles and Anthony Mandler, and inspired by The Frug from Bob Fosse's film adaptation of the Broadway musical Sweet Charity. Solange, Rowland, and Williams make cameo appearances. The clip was nominated for Video of the Year at the 2007 VH1 Soul Vibe Awards. "Get Me Bodied" was promoted by Knowles with live performances on her world tours and at the 2007 BET Awards. In April 2011, Knowles re-recorded the song and re-titled it as "Move Your Body" for the Let's Move! Flash Workout campaign. An instructional video of the exercise routine was filmed for distribution to participating schools. 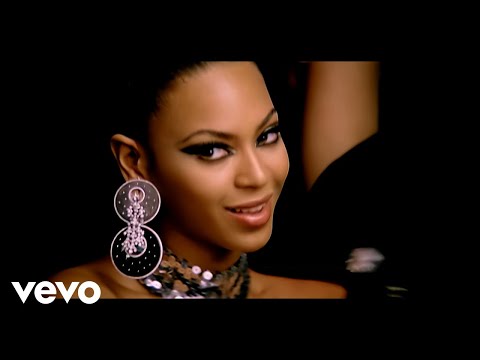