You Shook Me All Night Long

"You Shook Me All Night Long" is a song by Australian hard rock band AC/DC, from the album Back in Black. The song also reappeared on their later album Who Made Who. It is AC/DC's first single to feature Brian Johnson as the lead singer and reached number 35 on the USA's Hot 100 pop singles chart in 1980. The single was re-released internationally in 1986, following the release of the album Who Made Who. The re-released single in 1986 contains the B-side(s): B1. "She's Got Balls" (Live, Bondi Lifesaver '77); B2. "You Shook Me All Night Long" (Live '83 – 12-inch maxi-single only).

The song has also become a staple of AC/DC concerts, and is rarely excluded from the setlist.

Four live versions of the song were officially released. The first one appeared on the 1986 maxi-single "You Shook Me All Night Long"; the second one was included on the band's album Live; the third version is on the soundtrack to the Howard Stern movie Private Parts, and also appears on the AC/DC box set Backtracks; and the fourth one is on the band's live album, Live at River Plate.

"You Shook Me All Night Long" was also the second song to be played by AC/DC on Saturday Night Live in 2000, following their performance of "Stiff Upper Lip." When AC/DC was inducted to the Rock and Roll Hall of Fame in 2003 by Steven Tyler of Aerosmith, they performed this song with Tyler.

Johnson performed the song with Billy Joel at Madison Square Garden in New York, US in March 2014. The Salon publication stated on the following morning in its introduction to the video footage of the performance: "This will either be your favorite video today, or a total musical nightmare!" 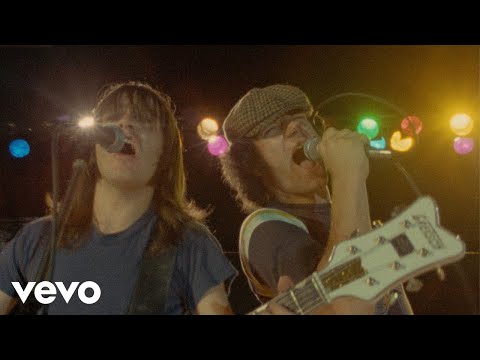