"Back in Black" is a song by AC/DC, appearing as the first track on side two of their 1980 album of the same name. Known for its opening guitar riff, the song was AC/DC's tribute to their former singer Bon Scott. His replacement Brian Johnson recalled to Mojo magazine in 2009 that when the band asked him to write a lyric for this song, "they said, 'it can't be morbid – it has to be for Bon and it has to be a celebration.'" He added: "I thought, 'Well no pressure there, then' (laughs). I just wrote what came into my head, which at the time seemed like mumbo, jumbo. 'Nine lives. Cats eyes. Abusing every one of them and running wild.' The boys got it though. They saw Bon's life in that lyric." It peaked in the U.S. at No. 37 on the Billboard Hot 100 chart in 1981 and was No. 51 on Billboard's Top Tracks chart, which debuted in March 1981. "Back in Black" received the RIAA's Master Ringtone Sales Award (Gold and Platinum) in 2006 and reached 2x Platinum status in 2007.

In 2010, this song came No. 2 in Triple M's Ultimate 500 Rock Countdown in Melbourne, Australia. The top five were all AC/DC songs.

It officially charted on the UK charts after 31 years in release; peaking in at no. 27 as a result of AC/DC music becoming available on iTunes. It also reached no. 1 on the UK Rock Charts in the same week. 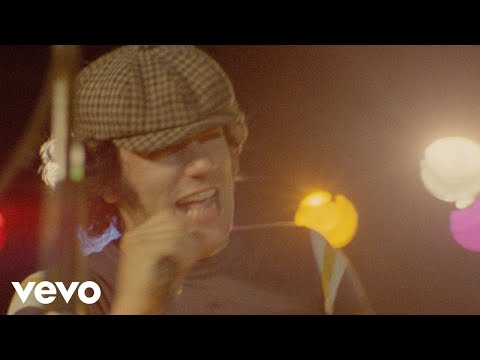