"High Voltage" is a song by Australian hard rock band AC/DC. It was first released in Australia as a single in July 1975, and it is the eighth track of their second Australian album T.N.T. The song was written by Angus Young, Malcolm Young and Bon Scott, and peaked at #48 on the UK Singles Chart in 1980.

Although Phil Rudd is erroneously credited with recording the song, the drums were actually recorded by a session drummer Tony Currenti, not long after recording sessions for the debut album High Voltage.

"High Voltage" is one of AC/DC's most popular songs, and has been included on four of the band's five official live releases. In concerts, this song has evolved into sing-a-long with the crowd. In the bridge where Scott sings 'I said high, I said high', this has been extended where both Scott and Brian Johnson repeat the word 'high' in ever increasing loudness and high pitch, to which the crowd responds with "high" louder also. That is followed by a discreet backing rhythm for several minutes whilst Angus Young does some improvisation on the guitar.

During the 2010 Black Ice World Tour, images of Scott were projected onto the stage screens during the performance of the song's chorus to commemorate the 30th anniversary of his death. 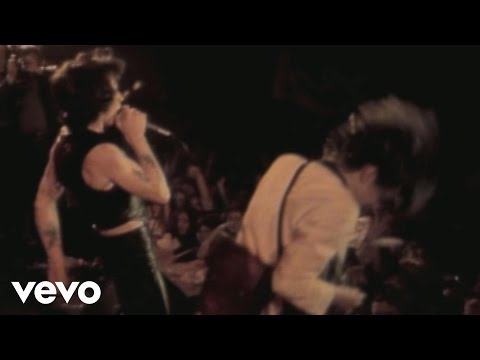