The Stars (Are Out Tonight)

Track Description
"The Stars (Are Out Tonight)" is a song by English musician David Bowie; it serves as the second single from his twenty-fourth studio album The Next Day. The song's official music video was released on 25 February 2013 and the song itself was released for digital download the following day.
In the UK it joined BBC Radio 2's Playlist in the B list in March 2013, "The Next Day" was also the album on the week beginning 11 March, the week in which it was released.
As of 24 March 2013, it had reached No. 102 on the UK Singles Chart, No. 88 on the Dutchcharts.nl Singles Top 100 and No. 9 on the Israel Airplay Chart.
The song was released with "Where Are We Now?" – the album's first single – on a limited edition 7" 45 vinyl record on 20 April 2013 in celebration of Record Store Day. The official music video for the song premiered on 25 February 2013, and was made by Canadian director Floria Sigismondi. It stars Bowie and English actress Tilda Swinton as his wife. Andrej Pejić plays one of the "stars" and Saskia de Brauw plays the other. The Norwegian model Iselin Steiro plays the young Bowie. 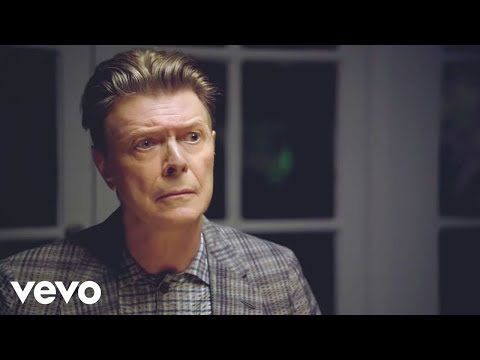