"Diva" is a song by American R&B singer Beyoncé Knowles. The song was written and produced by Shondrae "Bangladesh" Crawford, Sean Garrett, and Knowles for her third studio album, I Am... Sasha Fierce (2008). It was released as the album's third overall single in the United States alongside the third international single "Halo". "Diva" is an R&B song, which is set in a hip hop groove, and carries a stuttering beat. Its lyrics deliver messages of independence and female empowerment. The song boasts a beat and a bassline similar to those of another Bangladesh 2008 production, "A Milli" by American rapper, Lil Wayne; critics coined "Diva" as a "female companion" to the latter.

"Diva" received mixed to positive reviews from critics, who had polarized opinions concerning its affiliation with "A Milli". Despite being released to rhythmic and urban radios only in the US, the song peaked at number 19 on the US Billboard Hot 100 chart, topped the US Hot Dance Club Play chart, and attained a high point of number three on the US Hot R&B/Hip-Hop Songs chart. "Diva" was certified gold by the Recording Industry Association of America (RIAA), denoting shipment of 500,000 copies. Although it was only officially released in the US, the song appeared on the singles charts in Australia, Ireland, the Netherlands, New Zealand, and the United Kingdom.

The accompanying music video for "Diva" was directed by Melina Matsoukas. It shows the singer and backup dancers in a warehouse, and presents a choreography similar to that of her previous single "Single Ladies (Put a Ring on It)" (2008). Knowles also appears in different Thierry Mugler couture pieces. The video received mixed response from critics, who were not pleased by its concept as they believed it portrayed Knowles' alter ego Sasha Fierce ineffectively. It was ranked at number 13 on BET's Notarized: Top 100 Videos of 2009 countdown. Although Knowles did not perform the song in any televised appearances, it was a part of her set list on the I Am... World Tour (2009-10) and her revue show, Revel Presents: Beyoncé Live (2012). 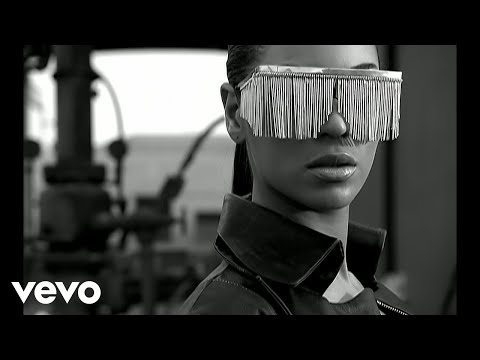