Single Ladies (Put a Ring on It)

"Single Ladies (Put a Ring on It)" is a song recorded by American singer Beyoncé Knowles for her third studio album, I Am... Sasha Fierce (2008). It was released by Columbia Records on October 13, 2008, as the album's lead single alongside "If I Were a Boy", showcasing the contrast between Knowles' persona as herself and her aggressive onstage alter ego Sasha Fierce. Inspired by her secret marriage to Jay-Z in April 2008, the song explores men's unwillingness to commit, a topic that motivated Knowles to write "Single Ladies", "the only public statement [Knowles and Jay-Z] ever made about marriage".

Composed by Christopher "Tricky" Stewart, Terius "The-Dream" Nash, Thaddis "Kuk" Harrell and Knowles, "Single Ladies" is a dance-pop and R&B song with dancehall, disco and bounce influences. According to the lyrics, the female protagonist is in a club to celebrate after a recent end to a poor relationship; her former lover is also present. The song and the repeated refrain, "If you like it then you should have put a ring on it", are directed to him. Critics praised the song for its smooth production and noted its similarity to Knowles' 2007 single "Get Me Bodied". "Single Ladies" won the Grammy Awards for the Song of the Year, Best R&B Song and Best Female R&B Vocal Performance. It received many other awards and nominations between 2008 and 2010, and was named one of the best songs of 2008 by media outlets including MTV News, Rolling Stone, and Time magazine. It was also included on many critics' list of the best songs of the 2000s.

"Single Ladies" peaked at number one on the US Billboard Hot 100 chart and has been certified quadruple-platinum by the Recording Industry Association of America (RIAA), having sold more than 5 million paid digital downloads as of October 2012. The song reached the top ten on the singles charts of Australia, Brazil, Canada, Ireland, Italy, New Zealand, the Netherlands, Spain and the United Kingdom, and achieved multi-platinum certifications in many of these countries. "Single Ladies" was 2009's seventh best-selling digital single with over 6.1 million copies sold worldwide, and is one of the best-selling singles of all-time.

Directed by Jake Nava, the single's accompanying music video was shot in black-and-white. It features the J-Setting dance choreography that was inspired by "Mexican Breakfast", a 1969 routine choreographed by Bob Fosse. The music video has been parodied and imitated around the world, spawning the "first major dance craze" of the Internet age. The dance routine was first parodied on the November 15, 2008, episode of Saturday Night Live (SNL). The clip has won several awards, including Video of the Year at the 2009 MTV Video Music Awards. Knowles performed the song live on televised shows, at awards ceremonies, and during her worldwide I Am... World Tour. Artists including Alan Pownall, Katy Perry, Liza Minnelli and Sara Bareilles have covered "Single Ladies", and it has been featured in television shows and other media. 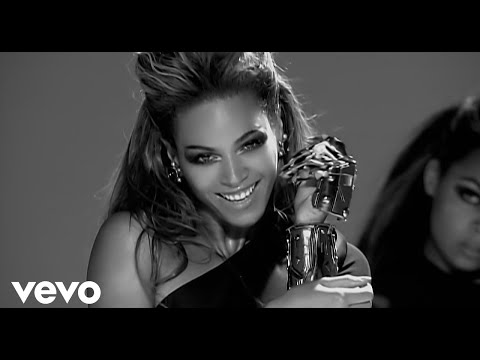