"End of Time" is a song recorded by American singer Beyoncé Knowles for her fourth studio album, 4 (2011). It was written by Knowles, Terius "The-Dream" Nash, Shea Taylor and David "Switch" Taylor while its production was handled by Knowles, Nash and Taylor. Initially rumored to be titled "Till the End of Time", a demo of the song leaked online on May 20, 2011, giving rise to speculation that the song was a potential follow-up to the lead single, "Run the World (Girls)" (2011). However, "Best Thing I Never Had" was ultimately chosen as the second single. In February 2012, it was announced through Knowles' website that "End of Time" will be the fifth and final single from 4. It was sent to contemporary hit radio stations in the United Kingdom on March 28, 2012.

An uptempo R&B, dance and funk song, "End of Time" exhibits the influence of late Nigerian music legend Fela Kuti; its bass line was inspired by the multi-instrumentalist's work. Also displaying elements of Afrobeat, the song's instrumentation includes marching band drums, percussion and horns. The high energy level provided by its instrumentation has similarities to several songs by Michael Jackson from the Off the Wall era (1979–80). "End of Time" was lauded by music critics, who coined it as one of highlights on 4 thanks to Knowles' boldness and its dance beat that makes the song a catchy one. Critics also commended the uplifting lyrics and Knowles' confident vocal delivery.

Following the release of 4, "End of Time" charted at number 62 on the UK Singles Chart and at number 20 on its R&B Chart, based solely on downloads. It also opened at number 26 on the South Korea Gaon International Singles Chart. The song performed poorly in the U.S., peaking at number 13 on the US Billboard Bubbling Under Hot 100 chart. The song was part of Knowles' set list for her 4 Intimate Nights with Beyoncé and Revel Presents: Beyoncé Live revues; critics generally agreed that the song sounds great when performed live, and showed much appreciation for the choreography. 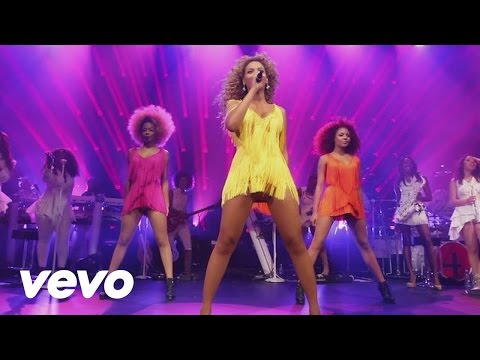