"Party" is a song by American recording artist Beyoncé Knowles featuring American rapper André 3000, taken up from the former's fourth studio album, 4 (2011). It was composed by Kanye West, Jeff Bhasker, Beyoncé Knowles, André Lauren Benjamin, Dexter Mills, Douglas Davis and Ricky Walters. The album version of the song was lined up for a release to urban radios in August 2011. However, its release was scrapped in favor of "Countdown", which was serviced as the third US mainstream single, on October 4, 2011.

A midtempo R&B song, "Party" exhibits elements of the 1980s funk and soul music, and samples the 1985 song "La Di Da Di". It recalls the work of New Edition and Prince, among others. Built on a 808-retro beat, multi-tracked harmonies, and a smooth groove, the song's instrumentation includes slow-bouncing synthesizers, keyboard tones, and drums. Lyrically, "Party" gives ode to political themes such as feminism and sexual empowerment. In his rap verses, André 3000 references milk and gets philosophical about his own career. "Party" was nominated for Best Rap/Sung Collaboration at the 54th Grammy Awards.

"Party" was well received by contemporary music critics, who praised André 3000's verses, as well as the production handled by West and Knowles' emphatic, yet sensual vocals. Following the release of 4, "Party" charted at number 19 on the South Korea Gaon International Singles Chart. Though "Party" never went for official adds, it debuted on the US Hot R&B/Hip-Hop Songs in July 2011, and peaked at number 2 on the chart for three consecutive weeks. The song reached number 50 on the US Billboard Hot 100 chart based on radio support. "Party" was part of Knowles' set list for her 4 Intimate Nights with Beyoncé and the Revel Presents: Beyoncé Live revues. 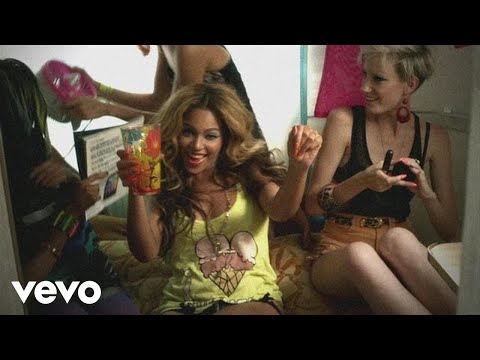