"I Care" is a song recorded by the American singer Beyoncé Knowles for her fourth studio album, 4 (2011). It was written by Jeff Bhasker, Chad Hugo and Knowles and produced by Bhasker and co-produced by Knowles. The song was recorded at the MSR Studios and was mixed by Jordan Young aka DJ Swivel at KMA Studio in New York City. "I Care" is an R&B power ballad, which also contains elements of soul music and rock music. Built on a hand-clapped rhythm and pulsating beats, the song's instrumentation consists of screeching guitars, low-profile synthesizers, pounding drums, heavy percussion instrument and a piano. In "I Care", Knowles admits her vulnerability to her indifferent love interest with both honesty and power. She sings with heartfelt emotion over cooing background vocals and scats alongside a multi-octave guitar solo towards the end of the song. "I Care" was sent to contemporary hit radio in Italy on March 23, 2012.

"I Care" was generally well received by contemporary music critics who highlighted the heartfelt emotion, sadness and resentment with which Knowles sings. Critics also complimented the way she made effective use out the power in her lower register in the first and second verses until her voice slowly builds till the commanding chorus is reached. Critics generally praised the guitar solo and the vocal power of Knowles which was displayed by "I Care" among other songs on 4. Following the release of 4 in early July 2011, "I Care" charted number 35 on the South Korea Gaon International Singles Chart, based on downloads alone. The song was part of Knowles' set list for her revues 4 Intimate Nights with Beyoncé, held in Roseland Ballroom, New York City in August 2011 and the Revel Presents: Beyoncé Live in May 2012. Critics once again praised her vocal abilities and noted that performing the song live, made it seem single-worthy. 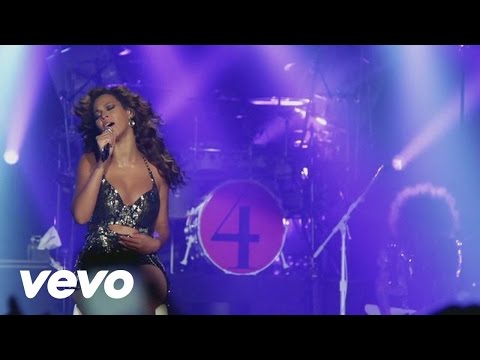