"1+1" is a song recorded by American recording artist Beyoncé Knowles for her fourth studio album, 4 (2011). It was released by Columbia Records in the United States on May 25, 2011, as a promotional single. Serving as the opening track on 4, it was written and produced by Knowles, The-Dream and Tricky Stewart. "1+1" was originally titled "Nothing but Love" and The-Dream had initially planned to include it on his second studio album, Love vs. Money (2009). A down-tempo contemporary R&B and soul music power ballad, "1+1" Knowles expressing her endless love to her soul mate; the lyrics make strong statements about the power of the relationship.

"1+1" was generally well received by music critics, who noted its resemblance to the work of American singers Prince and Sam Cooke. It was also complimented for its subtle instrumentation, which provides emphasis on Knowles' vocals. "1+1" peaked at number 82 on the Canadian Hot 100 chart and at number 57 on the US Billboard Hot 100 chart. Its accompanying music video was directed by Knowles herself, alongside Lauren Briet and Ed Burke, and it premiered on August 26, 2011. The video was a "different" direction in the sense that it does not incorporate the heavy dance routines Knowles is known for, and that it experiments with psychedelic visual effects as well as innovative lighting, which give the clip a cinematic feel. The clip met with generally positive reception from music critics, who praised its aesthetic and sexual theme and claimed that it will be remembered as one of Knowles' most iconic visual work.

Soon after Knowles' performance on American Idol, a video that surfaced online received considerable coverage from different media. It was filmed by Jay-Z with a camera phone and shows Knowles rehearsing "1+1" backstage at American Idol. The ballad was included on Knowles' set list for a free concert as part of Good Morning America's Summer Concert Series, the ITV special A Night With Beyoncé, and her revue, 4 Intimate Nights with Beyoncé, held at the Roseland Ballroom in New York City. Knowles' live performances of "1+1" have received positive reception; a writer from The Huffington Post described her live performance at the American Idol as "an epic, emotionally-charged [one]." American singers Dondria and Tiffany Evans have performed covers of the ballad, with lyrical modifications. 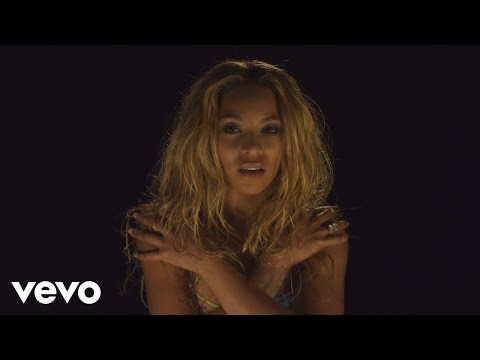