"Gettin' Jiggy wit It" is a single by American actor and rapper Will Smith, released as the third cut from his debut solo album Big Willie Style (1997). The song is based around a sample of "He's the Greatest Dancer" by Sister Sledge. The chorus is sampled from "Sang and Dance" by The Bar-Kays. Released in January 1998, the song was Smith's second hit produced by Poke & Tone, who replaced his long-time partner Jazzy Jeff, though the record-scratching techniques of Jazzy Jeff can be heard in the song.

The song samples the 1979 Sister Sledge song "He's the Greatest Dancer". The "mama-uh, mama-uh, mama come closer" line is a reference to the song "Soul Makossa" by Manu Dibango, specifically the version adapted by Michael Jackson in "Wanna Be Startin' Somethin'"'s final bridge. The connotations associated with the expression getting jiggy were heavily influenced by this single. The term went from being used to acclaim one's fashion or style towards being synonymous with dancing, and eventually back to the original association with sexual connotations.

Smith has attested in an interview that his inspiration to alter the meaning for the purpose of the song came from his association of the term "jiggy" with "jigaboo", a derogatory term for African-Americans, which made the literal meaning of the title "getting African-American with it" and which was meant to reference the popular folk-myth of an innate sense of rhythm in black folks. The co-opting of a once offensive word also was racially empowering.

The song was also sampled by a Russian pop group Hi-Fi in their 1999 song "Pro Leto" (translated as "About Summer").

Since the song's release, many people have speculated if Nas helped compose "Gettin' Jiggy wit It", as he also helped compose the songs "Chasing Forever", "Yes Yes Y'all" and "Just Cruisin'" for Smith. In April 2014 on the social networking site Reddit, Nas finally put the rumor to rest:

"Alright, let's clear this up once and for all. I hung out with Will in the studio. And watched him write it. It was a fun studio session, and I said a line or two or three to him. It wasn't that serious. Will Smith wrote that song. But seriously, I watched him have fun making that record on his own, and Will is a true MC."

The music video was directed by Hype Williams and was filmed at various hotels on the Las Vegas Strip, including the New York-New York Hotel & Casino, The Mirage, and the foyer of the Luxor Hotel.

"Gettin' Jiggy wit It" won the 1998 MTV Video Music Award for Best Rap Video. The song was also nominated for four additional awards, including Best Choreography, Viewer's Choice, Best Dance Video, and Video of the Year, but these further nominations were lost to Madonna for her song "Ray of Light".

The song as well as the phrase "Gettin' Jiggy Wit It" has been used and parodied in popular culture ever since its release. In the animated MTV series Daria, characters can be seen dancing to the song, in an episode released mere weeks after the song's release. In the 1999 film Superstar, lead character Mary Catherine Gallagher gets advice from Jesus Christ, played by Will Ferrell, telling her to "Get jiggy wit it, Na na na na na na". In the Seinfeld episode "The Reverse Peephole", Jerry is disappointed at not being selected as DJ for a house party, stating, "I was ready to get jiggy with it." The song is also featured in the video game Backyard Football '08.

The song has also been spoofed and covered by various artists. DJ Screw created a "Chopped and Screwed" version of the song. Jam band Phish covered the song on their 1999 album Hampton Comes Alive. King Crimson referred to the song in "The World's My Oyster Soup Kitchen Floor Wax Museum" on 2000's the construKction of light album. Cassetteboy released a short spoof version of the song in the wake of the 2015 Piggate scandal (the allegation that the British Prime Minister David Cameron once placed "a private part of his anatomy" into the mouth of a dead pig's head) entitled Gettin Piggy With It. 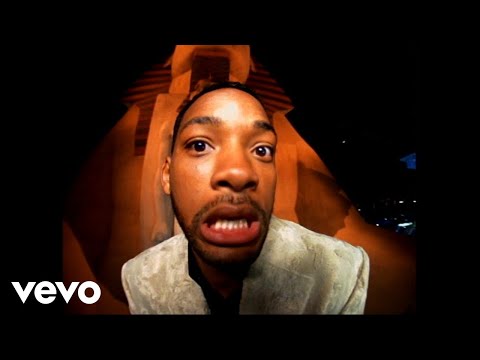