All the Things She Said

"All the Things She Said" is a song by Russian duo t.A.T.u. from their first English studio album 200 km/h in the Wrong Lane (2002). The song was released as the album's lead single on 19 August 2002. It was written by Sergio Galoyan, Trevor Horn, Martin Kierszenbaum, Elena Kiper and Valeriy Polienko, while production was by Horn. "All The Things She Said" is a translated and reworked version of their 2000 single "Ya Soshla S Uma" (Cyrillic: Я сошла с ума; translation: "I've Lost My Mind"), included in the album, 200 По Встречной (2001). It was later included on their compilation albums t.A.T.u. Remixes (2003) and The Best (2006). Although its original story was based on a dream Elena Kiper had at a dentist appointment, Shapovalov evoked the theme of lesbianism in both this and the English-language version, "All The Things She Said". Lyrically, it delves on two girls experiencing sexual relationships with each other.

The original "Ya Soshla S Uma" peaked at number one for eighteen consecutive weeks and selling 200,000 units in Russia. "All The Things She Said" received mixed reviews from music critics, while some commended the production and lyrical content, others called it a gimmick and suggestive. The song reached number one in several countries around the world, including Australia, Austria, France, New Zealand, Switzerland and the UK. "All The Things She Said" reached number twenty on the US Billboard Hot 100, the first Russian act to accomplish this. Ivan Shapovalov commissioned the accompanying music video for the single, which shows the group behind a fence in school uniforms, trying to escape.

The music video caused considerable controversy in several nations because it depicted themes of underage lesbianism. Several organisations protested the video to be banned, while some music stations removed the scene with the girls kissing. The song had been performed many times, including on many MTV live shows, along with a megamix with "Not Gonna Get Us" at the MTV Movie Awards.

It was also the first Russian music video in YouTube to receive a Vevo Certified Award for reaching 100,000,000 views on June 2016. 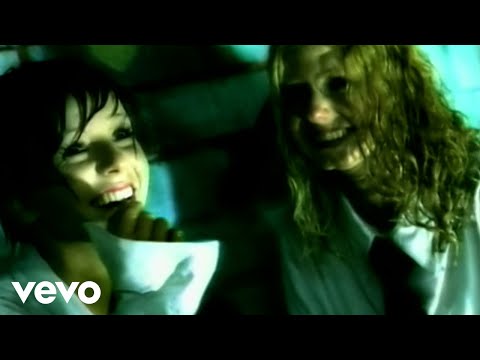