"Cool" is a song by American recording artist Gwen Stefani, from her debut solo album, Love. Angel. Music. Baby. (2004). Written by Dallas Austin and Stefani, the song was released to mainstream radio in the United States in July 2005 as the album's fourth single. It was written by Austin basing the song on No Doubt's "Simple Kind of Life", but he did not finish it. He then asked for help from Stefani, and they finished the song in fifteen minutes. The single's musical style and production were inspired by pop and New Wave arrangements from the 1980s, and its lyrics chronicle a relationship in which two lovers have separated, but remain "cool" with each other as good friends.

The single received generally positive reviews from music critics, being compared to Cyndi Lauper and Madonna from the 1980s. The media have drawn parallels between the song's lyrical content and the romantic relationship that Stefani had with Tony Kanal, a fellow group member of No Doubt. The song was moderately well-received on world charts, reaching the top ten in Australia, the Czech Republic, and New Zealand, as well as the top twenty in Denmark, Ireland, Norway, the United Kingdom, and the United States.

The accompanying music video was filmed by British director Sophie Muller in Lake Como, Italy. It features many flashbacks to when Stefani and her former boyfriend were dating, and currently, both are fine with their friendship. The song was included on the setlist for Stefani's debut tour Harajuku Lovers Tour 2005, the tour's video album and the New Zealand compilation album Now That's What I Call Music 20, as well as in the 2006 comedy Click and the 2010 drama Somewhere.

The song's music video was directed by Sophie Muller and filmed in Lake Como, Italy.The video follows the song's theme and depicts the relationship that Stefani has with a former boyfriend. 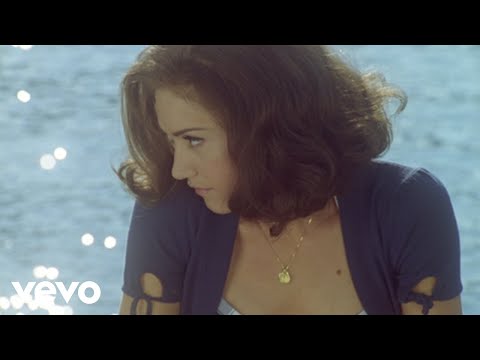