"Hard to Beat" is the third single from English indie rock group Hard-Fi, from their album Stars of CCTV. Despite being released as third single it was Hard-Fi's first top ten single, reaching #9 in the UK, after being released on 20 June 2005. It was with this song that Hard-Fi gained true prominence in the UK.

In the US, the song was released as the second single from Stars of CCTV on 18 April 2006, following "Cash Machine". It gained the band some prominence in the US by entering the US Hot Modern Rock Tracks chart at #39 a month after release. It later peaked at #34.

This was the band's favourite song to perform live, as lead singer Richard Archer said, "'Hard to Beat' is going crazy at the moment. We were in Bristol yesterday and I was wondering if my voice was going to last on tour, but the crowd sings it for me, so that's going well. But the most fun playing is probably 'Unnecessary Trouble', that's always a good laugh, and 'Living for the Weekend' is the last number, so is a high energy one, but after last night, Hard To Beat."

The track has been listed for 23 weeks in 2 different charts. It entered the UK Singles Chart at #9, one place below "Feel Good Inc" by Gorillaz and one place above "Just a Lil' Bit" by 50 Cent.

There are two music videos: the first one, with the band performing in a diner, was directed by Scott Lyon and the other one, created for the US, was directed and edited by George Vale with help from Merlin Bronques on some of the stills.

The one earning more airplay is the one directed by Scott Lyon. Shot on 20 April 2005, it was mostly filmed in Cheekees disco in Staines, where a party is shown going on. The since-closed Cheekees disco was somewhere that members of the band would visit frequently, but a remark by Archer caused a minor riff with the owner. In a newspaper article, Archer described the disco as being "like a bad wedding," which offended the owner. In defence, Archer said "But everyone likes a bad wedding so I don't see what the problem is; it was more of a complement.".

For the video directed by Scott Lyon, there was an opportunity for fans to be in the video as crowd members. Those interested in attending had to send off a photo of themselves.

"Hard to Beat" was used by Sky Sports as the theme for its pay-per-view channel, PremPlus. The "Hard to Beat" Axwell Mix has become very popular, even more so at times, than the original version, it has gained large airplay in clubs. Archer himself said "It's odd being in a club and your track is played. What I like about remixes is that they show us stuff that we could have put in and lets us think "we should try that next time" it helps teach us."

During a live performance of Cinderella on Musicool, which was reworked in a modern day setting, the song "Hard to Beat" was featured among other songs such as "Genie in a Bottle" by Christina Aguilera and "I Predict a Riot" by Kaiser Chiefs.

A remix of "Hard to Beat" by London Elektricity headlined the release of Hospital Records' "Weapons of Mass Creation 3" LP in April 2007.

The song is featured in the PlayStation 2 video game, SingStar Rocks!. 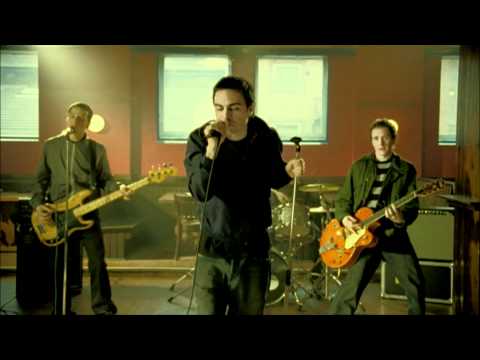