Track Description
"Monkey Gone to Heaven" is a song by the American alternative rock band Pixies and is the seventh track on their 1989 album Doolittle. The song was written and sung by frontman Black Francis and was produced by Gil Norton. Referencing environmentalism and biblical numerology, the song's lyrics mirrored themes that were explored in Doolittle. "Monkey Gone to Heaven" was the first Pixies song to feature guest musicians: two cellists, Arthur Fiacco and Ann Rorich, and two violinists, Karen Karlsrud and Corine Metter.

"Monkey Gone to Heaven" was released as the first single from Doolittle in the United States and United Kingdom. As the band had signed to Elektra Records shortly before, the single also marked their first American and major label release. It was critically well-received; Rolling Stone's David Fricke said "Monkey Gone to Heaven" was "a corrosive, compelling meditation on God and garbage". In the years since its release, the song has received several accolades from music publications.

Lyrics and meaning
"Monkey Gone to Heaven"'s main theme is environmentalism. The song mainly deals with man's destruction of the ocean and "confusion of man's place in the universe". "On one hand, it's this big organic toilet. Things get flushed and repurified or decomposed and it's this big, dark, mysterious place", Black later said, "It's also a very mythological place where there are octopus's gardens, the Bermuda Triangle, Atlantis, and mermaids." Francis came up with the song's hook, "this monkey's gone to heaven", long before the song itself was written. The line itself forms a basis for the song, which revolves around man's relationship with the divine and environmentalism. After Francis set the developing lyrics to music, he rushed to lead guitarist Joey Santiago's apartment to play it to him. Santiago later commented on the nascent performance: "It was early in the morning, I was still so tired. 'Hey Joe, I need to come over. I need to show you something.' It was awesome, really good. He had the 'If man is five' part there, and he was laughing. It was hilarious".

"Monkey Gone to Heaven" includes references to numerology in the lyrics "If man is five/then the Devil is six/and God is seven". Francis later expanded on the significance of the lyrics in an interview to Alternative Press, saying "It's a reference from what I understand to be Hebrew numerology, and I don't know a lot about it or any of it really. I just remember someone telling me of the supposed fact that in the Hebrew language, especially in the Bible, you can find lots of references to man in the 5th and Satan in the 6th and God in the 7th. I didn't go to the library and figure it out". The song's numerology is alluded to on the single's cover, which features figures of five, six and seven, and also a monkey with a halo.

Ben Sisario, author of Doolittle 33⅓, offers a slightly different interpretation of the song: "Neptune, the god of this realm , the 'underwater guy who controlled the sea,' hung out down there, the personification of man's relationship with the earth. And what happens to Neptune? He gets 'killed by ten million pounds of sludge from New York to New Jersey.' Same thing with the "creature in the sky," who gets stuck up there in a hole in the ozone layer. Man the divine manifestation effectively dies, and what remains is his degraded animal nature; the chintzy halo stuck on the primate's head is the symbol of that unhappy fall". 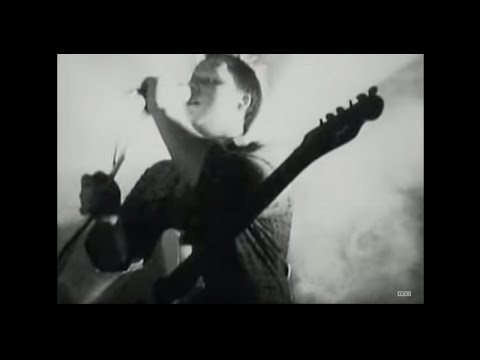