Track Description
"Black and Gold" is the lead single from Australian recording artist Sam Sparro's eponymous debut album. The song was written by Sam Falson & Jesse Rogg. It has been remixed by Max Sanna and Steve Pitron, Paul Epworth, Al Usher, Kings of the Universe, Kromatik, and Russ Chimes. The original version of the single was made available online on 23 March 2008, with the entire album available from 31 March. On 7 April, the CD, 12" and limited edition 7" singles were released.

"Black and Gold" explores the relationship between reason, spirituality, and love. The song was nominated for Best Dance Recording at the 2009 Grammy Awards. It was also included on the soundtrack of the football video game FIFA 09.

"Black and Gold" originally appeared on the Modus Vivendi Music Vol.2 compilation album, released in 2007, along with an alternate mix of the song "Sally" and Sparro's remix of "Young Lovers", by another Modus Vivendi artist, Love Grenades. Modus Vivendi Music released an EP entitled Black + Gold, featuring the song, in the autumn of 2007, which garnered the attention that led to the deal with Island UK. All songs from that EP, excluding "Miss Rexi", appear in new revisions on Sparro's debut eponymous studio album, released with Island UK in May 2008.

"Black and Gold" was made available as a digital download (via the Apple iTunes Store) on 23 March 2008 as the lead single from Sam Sparro. The song was released by Island UK Records through a licensing deal with independent Los Angeles based label, Modus Vivendi Music, owned and operated by Jesse Rogg, who also produced and co-wrote the song with Sparro.

The song was nominated for the 2009 Grammy Award for "Best Dance Recording". It received three nominations for the 2008 ARIA Awards in the categories for "Breakthrough Artist – Single", "Best Pop Release" and "Single of the Year". The song has been certified gold in both Australia and the UK.

In a video interview, Sparro confirmed that the song's subject is his religious faith, saying "It is about God, yeah. I do like to have faith in something that is bigger than me."

The song was used in the 2009 films Obsessed and Fame, and appears on their official soundtrack releases. The song appears on the soundtrack of the video game, FIFA 09, as well as appearing in the 2010 video game DJ Hero 2, where it was mixed with David Guetta's "Love Is Gone".

A music video was released to promote the single. 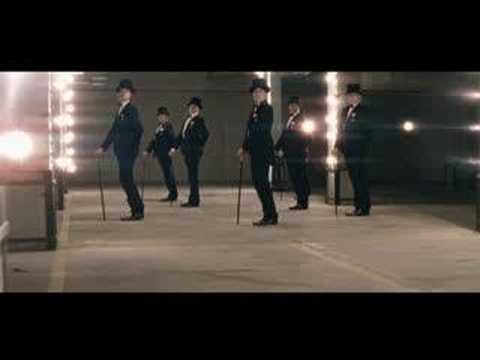