"So Far Away" is a song by the American heavy metal band Avenged Sevenfold, released as the third single for their fifth studio album, Nightmare. It is the band's third single released without former drummer "The Rev", who died on December 28, 2009. In late March All Access Music Group mentioned that the third single from the album Nightmare would be "So Far Away", scheduled to be played on the radio starting on April 5, 2011.

This was the first Avenged Sevenfold song Synyster Gates wrote completely by himself. During most concerts, the band performs the song as a tribute to the Rev by having the audience hold up their lighters or cell phones during the song as the stage background features a banner commemorating the Rev's legacy. This song was dedicated by Synyster Gates for the Belated James Owen Sullivan (The Rev) on December 28, 2009.

Avenged Sevenfold posted a countdown on their official website that showed the time until release for a new video for "So Far Away". SFA7X When the video was released, the site crashed due to so many people attempting to watch the video at once. After a second failed attempt to release the video, they solved the problem by hosting the music video on YouTube.

The music video features the four remaining members of the band playing in a studio and also driving a Chevy Impala through a neighborhood (Maybe Huntington Beach, where the band originated from). As they make their way, flashbacks of the four begin to play. They are shown as kids playing in a basement, then teens playing, hanging out, and stealing alcohol from a store. During the bridge, a collection of photos and videos of the Rev play. It ends with a clip of the band members hugging, the same scene depicted inside the case of the Nightmare CD case. This was the second video not to feature the current drummer for Avenged Sevenfold, the first being Nightmare. For this music video, Synyster Gates asked Schecter to make a special edition of his own custom made guitar, but instead of placing the letters "SYN" like the original, it displays "REV". Johnny Christ also wore a guitar strap with the word "foREVer" ('foREVer' being the phrase that fans use to, in a way, mourn and tribute towards Avenged Sevenfold's fallen drummer, "The Rev") written on it. 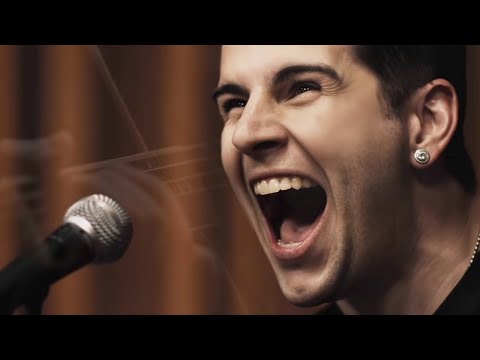