In for the Kill

Track Description
"In for the Kill" is a song by English electropop duo La Roux from their eponymous debut album, La Roux (2009). Released as the album's second single in the United Kingdom on 16 March 2009, it was the duo's breakthrough single, peaking at number two on the UK Singles Chart. Dubstep producers Skream and Skrillex both made remixes of the track. "In for the Kill" was nominated for Best Dance Recording at the 2011 Grammy Awards.

The first music video for "In for the Kill" was directed by Kinga Burza and produced by Sarah Tognazzi. The 1980s-inspired video features Jackson singing the song while driving a Toyota MR2. It begins with Jackson driving down a dark road at night. At the beginning of the chorus, she puts on a pair of sunglasses, removing them at the chorus' end. During the instrumental section of the song, she waves her hand out of the car window, at which point the road ahead and the cloud-covered moon is visible. Jackson continues to drive until she comes across another version of herself standing in the middle of the road. The video concludes with Jackson driving the car, her eyes glowing white.

"La Roux takes her enormous ginger quiff for a drive in her very spiffy Toyota - very possibly a 1981 Celica, classic Japanese car fans - in Kinga's speedy follow-up to Quicksand. Awe-inspiring in its Eightiesness of course - but still manages to be supremely stylish." (David Knight, Promonews) 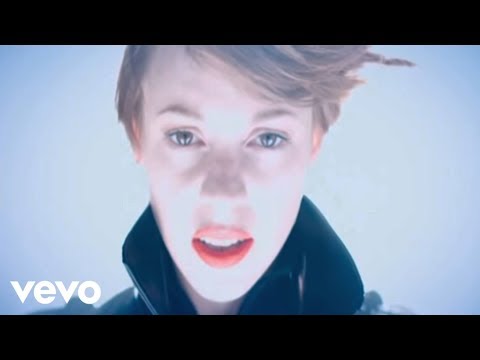