One of the Boys

"Ur So Gay" is a song released by American recording artist Katy Perry, produced by Greg Wells and engineered by Drew Pearson. The song was Perry's first major label release, and was later placed on her major label album, One of the Boys. Capitol Records offered the song as a free download on their website. The song failed to enter the Billboard Hot 100.

When asked about her debut single, Perry said the song was a "soft hello". The song "wasn't meant to be a big single or show what the album is going to be all about. That was for my Internet bloggers, so I'm not coming out of nowhere." Perry's A&R representative Chris Anokute confirmed this by saying that they had no plans for radio coverage but just wanted to put this "novelty" song out online as an introduction to see "what the attraction was". As expected, sales were low, but Anokute said the single did well in terms of building a press story.

For the release of the single, Perry's label told her to include a cover. She originally wanted to cover a Queen song, but couldn't think of one that was particularly club-worthy. While at a club with her friends, The Outfield's "Your Love" was played. Perry said that when the song came on, every girl in the place went onto the dance floor, and she wanted to have that same effect. 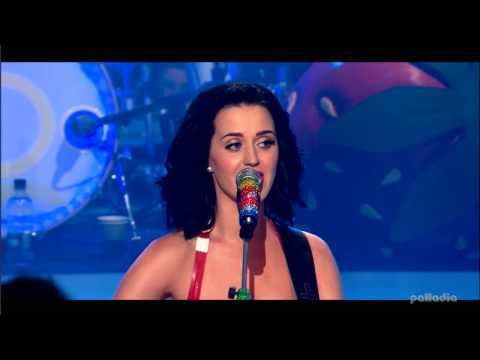