"Don't Tell Me" is a song by Canadian recording artist Avril Lavigne. It is the first single from her second studio album, Under My Skin. "Don't Tell Me" was written by Lavigne and Evan Taubenfeld. The track was produced by Butch Walker.
The music video for "Don't Tell Me" was directed by Liz Friedlander and filmed in Los Angeles, California in March 2004. The video tells the story of the song. It opens with Avril's boyfriend leaving her apartment. After taking her anger out on her bedroom, she follows him around the city. During the bridge of the song, her boyfriend sees her in many places at once, so it's obvious that he's feeling guilty and her feelings are weighing heavily on his mind. At the end of the video, she decides that she's better off without him and lets him walk away. 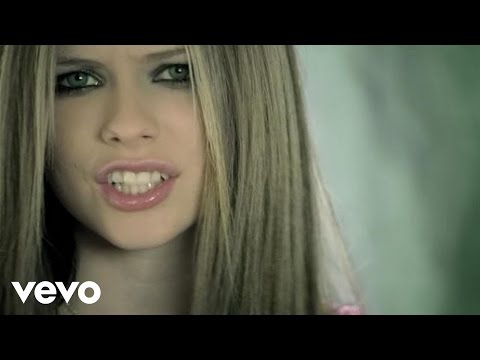