"What the Hell" is a song by Canadian recording artist Avril Lavigne, taken as the lead single from her fourth studio album Goodbye Lullaby. The song, written by Lavigne with its producers Max Martin and Shellback was released on 10 January 2011. According to Lavigne, she wrote the song as her "personal message for freedom".

Upon its release, "What the Hell" received mostly positive reviews from music critics with many complimenting its catchiness and comparing it to her 2007 single "Girlfriend". The song was successful, reaching number one in Japan, the top five in Asia, the Top 10 in Europe, Australia, South America, Mexico, Canada, and the Top 20 in the US and UK, peaking at eleven and sixteen, respectively.

An accompanying music video for the song was directed by Marcus Raboy and premiered on 23 January. "What the Hell" was performed by Lavigne on several television programs such as Dick Clark's New Year's Rockin' Eve, Daybreak, The View, The Tonight Show with Jay Leno and on some award shows such as Much Music Video Awards, America's Got Talent and Britain's Got Talent. Additionally she added the song on the setlist of her The Black Star Tour (2011). 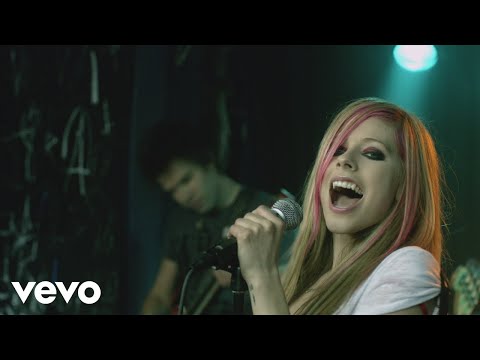