"I'm Yours" is the first single released by American singer-songwriter Jason Mraz from his third studio album We Sing. We Dance. We Steal Things. (2008) The song was originally released on a limited edition EP called Extra Credit as a demo in 2005 to promote his second studio album Mr. A–Z. It was performed in his 2004 and 2005 gigs and already became a crowd favorite before its release. "I'm Yours" was nominated for Grammy Award for Song of the Year and Best Male Pop Vocal Performance at the 51st Grammy Awards. It was also used for the Australian Seven Network's promotion of the season premiere of Packed to the Rafters.

"I'm Yours" was immensely successful in the US on the Billboard charts. At 76 weeks on the Hot 100, it held the record for most weeks spent on the chart, breaking the previous record of 69 weeks set by LeAnn Rimes' song "How Do I Live" in 1998; this record has since been broken by Imagine Dragons' "Radioactive", which spent 87 weeks on the chart, and AWOLNATION's "Sail", which spent 79 weeks on the chart. As of January 2013, it is the tenth best-selling digital song of all time in the US, selling over 6 million downloads, and 12.2 million worldwide. It remains Mraz's biggest US hit single to date. The song was used as an 'inspiration' for the Bollywood movie Nautanki Saala song "Mera Mann Kehne Laga".

Mraz first launched the song from the La Costa Resort and Spa in Carlsbad, California, at Michele Clark's Sunset Sessions in 2008. He also sang a version on Sesame Street titled "Outdoors" and released a successful remixed version featuring Lil Wayne and Jah Cure.

Composition
According to the sheet music published at musicnotes.com, the song is composed in the key of C major (recorded a half-step lower in B major). The majority of the song contains the I-V-vi-IV progression.

Chart performance
Throughout 2008, "I'm Yours" slowly increased in airplay and digital sales and would go on to become Mraz's biggest hit to date, charting higher than his previous pop hit, 2003's "The Remedy (I Won't Worry)". It became his first top ten single in the US, peaking at number six on the Billboard Hot 100 and number five on the Pop 100. On the Billboard Hot Adult Top 40 Tracks chart the song was number one for a total of nine weeks. The single later received Mainstream Top 40 airplay, eventually topping that chart as well. Due to its gradually building crossover appeal, the song has had extremely unusual longevity, not reaching number one on the Mainstream Top 40 until December 2008, ten months after its release and seven months after it debuted on the VH1 Top 20 Video Countdown. In fact, VH1 had already retired the song in early October 2008 after a 20-week run. The song returned to the top ten of the Hot 100 for the third time in its 38th week on the chart. "I'm Yours" would go on to chart for a total of 76 weeks, making this the longest chart run in Billboard magazine history, up until the 87-week run of Imagine Dragons' "Radioactive" and the 79-week run of AWOLNATION's "Sail", both set in 2014.

It is Mraz's most successful global single to date, reaching number one in Sweden and Norway, and the top ten in Canada, United States, Austria, Australia, Germany, Switzerland, Spain and Italy. It was also able to reach number one on the Top 40 Digital Track Chart in Australia. In Hawaii, radio stations do play the original version, along with a Hawaiian remix of the song. "I'm Yours" has also been a huge hit in New Zealand where it peaked at number one, knocking off "Poker Face" which spent ten consecutive weeks at number one. It was certified Gold after nine weeks selling over 7,500 copies and then certified Platinum after 14 weeks selling over 15,000 copies.

"I'm Yours" made its debut on the British singles chart on December 12, 2008, at number 78 and then slowly climbed up the chart until it peaked at number 11. It spent the whole of 2009 on the chart apart from the final two weeks of the year, then re-entered in January 2010 and again in August, and has now clocked up 56 weeks on the official UK Top 75, making it currently the 15th longest runner of all time and the longest never to make the Top 10, at 84 weeks on the Top 100. 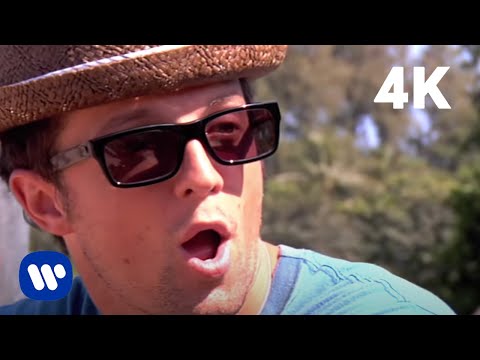