"Shakermaker" is a song by the English rock band Oasis, written by lead guitarist Noel Gallagher. The song was first released as a single on 13 June 1994 and later released on Oasis' debut album Definitely Maybe. The single narrowly missed the UK top 10, peaking at number eleven. It was also the first song performed by the band on Top of the Pops. It is the only single from the band's debut album not to be certified Silver by the BPI.

Noel Gallagher states that the lyrics are taken from the world around him. For example, a Shaker Maker was a popular toy in the 1970s, the character of "Mr Soft" was taken from a Trebor Soft Mints commercial, which featured Cockney Rebel's song "Mr. Soft", "Mr. Clean" is a song by The Jam, one of Gallagher's favourite bands, Mr Benn is a British children's cartoon and the entire last verse - "Mr Sifter sold me songs/When I was just 16/Now he stops at traffic lights/But only when they're green" - was written in a taxi on the way to the recording studio to record the song. Apparently, Liam Gallagher was pestering Noel to finish the song. At this point, the taxi stopped at the traffic lights outside "Sifters" (a record shop on Fog Lane, Didsbury, Manchester), named after people 'sifting' through records and run by Peter Howard since 1977. Noel penned the lyric and it became part of the song. Noel used to frequent the store to buy old records before Oasis started releasing albums.

The song illustrates Noel Gallagher's habit of borrowing from the past: the chords are a simple twelve-bar blues progression (albeit with the V (F♯) raised to a flat-VII (A)) and the melody for the verse was originally taken from "I'd Like to Teach the World to Sing (In Perfect Harmony)" by Roger Cook, Roger Greenaway, Bill Backer and Billy Davis.

Oasis was sued after their recording was found to borrow its melody and some lyrics directly from I'd Like to Teach the World to Sing; they were forced to change their composition.

An Oasis tribute band called No Way Sis released a cover version of I'd Like to Teach the World to Sing in the style of Shakermaker, emphasising the similarity between the two songs. 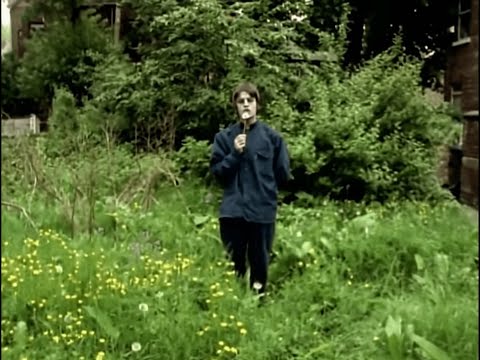