"Rumour Has It" is a song by the English singer-songwriter Adele and last single from her second studio album, 21. The song was written by Adele and Ryan Tedder while the production was handled by Tedder. Adele revealed that the song was not inspired by the media but it was aimed at her friends who believed things they heard about her. Musically, "Rumour Has It" contains jazz, blues, and pop elements accompanied by a stomp beat and piano. It has been confirmed as the fourth single from 21 in the United States.

The song received generally positive reviews from critics who praised Adele's voice and the song's "catchiness." Even without having been released as a single, the song charted on the Billboard Hot 100 at number 16 and topped the Triple A chart. In the Netherlands, the record was released as the fourth single of the album, after "Rolling in the Deep", "Set Fire to the Rain" and "Someone Like You." The track has received a Platinum certification by the RIAA for sales exceeding 1,000,000 units in the U.S. It has been covered by Jeremih and by Glee cast during the episode "Mash Off" with Adele's other song "Someone Like You", and also by Katharine McPhee during the episode "The Cost of Art" from the TV series Smash. Adele added the song to the set list on her second worldwide tour Adele Live. 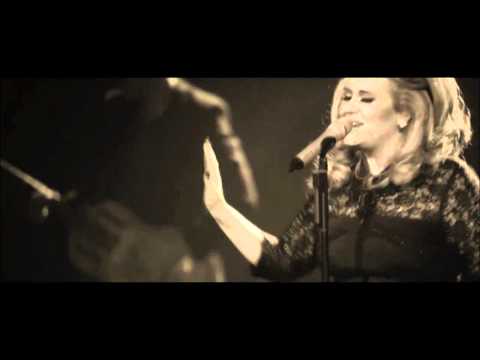