"Please Don't Leave Me" is a song from American pop rock singer Pink and the third single taken from her fifth studio album Funhouse. It was released on January 31, 2009. The song received strong airplay in Australia and New Zealand, as well as being added to the BBC Radio 1 A-List playlist in the UK. The music video for "Please Don't Leave Me" was directed by Dave Meyers, and was leaked online, along with the single's cover art, before the song's official announcement as a single. In the United States, the song managed to reach the Top 20, peaking at 17. The song was featured in Suburgatory.

"Please Don't Leave Me" was co-written by Pink and Max Martin, who handled the production as well, for the track. It is one of four songs from the album produced by Max Martin, with the number one single "So What" being another of the four. The song is a mid-tempo track that details a love-hate relationship. Pink sings of someone having a bad effect on her, yet not being able to let go of the person. She insists during the chorus, "I always say how I don't need you, but it's always gonna come right back to this, please don't leave me." The song was one of the first three to be heard and performed from Funhouse, being performed along with "So What" and second single, "Sober", live on Much Music, prior to the album's release.

The music video for "Please Don't Leave Me" was shot in late 2008, leaked to the internet on January 23, 2009, and officially premiered on Pink's YouTube channel on January 27, 2009. It was directed by Dave Meyers. The video draws influences from the 1990 Stephen King based film Misery, as well as other similar thrillers, including Cujo, The Shining and What Ever Happened to Baby Jane?. It utilizes both the horror/thriller genre, while also being interpretable as a dark comedy. In the week beginning February 27 the video was named Channel V's 'Ripe' clip of the week. The male lead in the video was portrayed by actor Eric Lively. Brian Christensen served as stunt coordinator, Nikki Hester as stunt double for Pink, and Justin Sundquist as stunt double for Eric Lively. The music video first aired on UK television on 4Music on March 8, 2009 at 10:45pm. It showed the full video, uncensored. 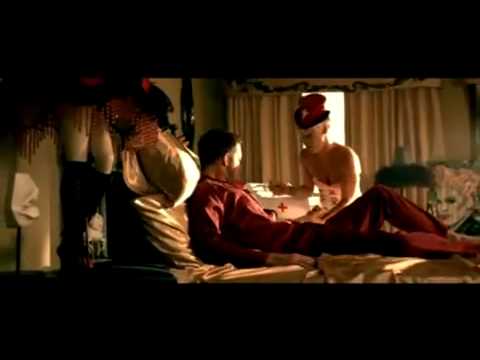