"Family Portrait" is a song by Pink for her second album Missundaztood (2001). Co-written by Pink and Scott Storch and produced by Storch, the song is about relationships and her family that was about to fall to pieces, portraying the conflict through the eyes of her as a child. It was released as the album's fourth and final single in December 2002. It peaked in the top 20 in both the U.K. and U.S.

The music video stars P!nk and Kelsey Lewis and was directed by Sophie Muller. The video opens with P!nk lying in different positions on the bed; as she answers a phone call, she smashes a glass and Kelsey pops up. They are then shown in what looks like a kitchen. Kelsey tries to get the attention of P!nk, who is trying to cook. Then, the two are shown eating cereal on a couch while watching a commercial for a cereal named Pretty Happy. P!nk is seen opening a door, which a man comes in, and they sit at a table. At the end of the video, the family in the TV commercial pulls Kelsey into it. The TV then shows P!nk singing alone. Finally, the family in the TV (now with the child Kelsey) gathers around and P!nk lies down on a pillow. 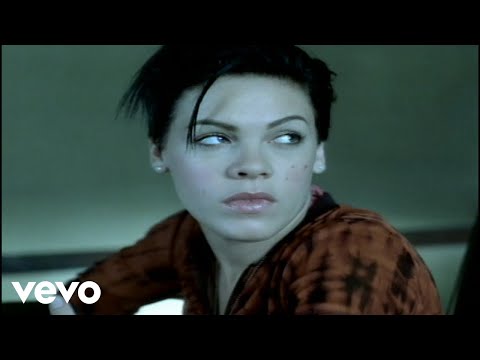