"Girls & Boys" is a 1994 song by British rock band Blur. It was released as the lead single from the group's third album Parklife. Charting at number 5 on the UK Singles Chart, "Girls & Boys" was Blur's first top 5 hit and their most successful single until "Country House" reached number 1 the following year. The single surpassed their previous commercial peak "There's No Other Way" by three spots on the UK Singles Chart, and saw the group achieve greater worldwide success. In the US, the track reached number 59 on the Billboard Hot 100 singles chart, becoming the band's second single to hit the chart after "There's No Other Way". It also reached number 4 on the Modern Rock songs chart.

Damon Albarn was inspired to write the song once he vacationed in Magaluf, Spain with then-girlfriend Justine Frischmann. According to Albarn, the city had "really tacky Essex nightclubs" and a rampant sexual scene among visitors, with "All these blokes and all these girls meeting at the watering hole and then just copulating. There's no morality involved, I'm not saying it should or shouldn't happen." The music has a convergence of various pop and dance styles, summed up by bassist Alex James as "Disco drums, nasty guitars and Duran Duran bass." Drummer Dave Rowntree admitted he is not on the track, being replaced by a drum machine he programmed. Thus he said it was his favourite song on Blur: The Best Of because he "isn't really in it. It's cool not being in your own song." The vocals were recorded with a demo featuring only the keyboards.

The video, directed by Kevin Godley, featured Blur performing the song against a bluescreen backdrop of documentary footage of people on Club 18-30 package holidays. Godley branded the video as "Page 3 rubbish" while Blur found it "perfect". The front cover of the single was taken from a pack of Durex condoms. 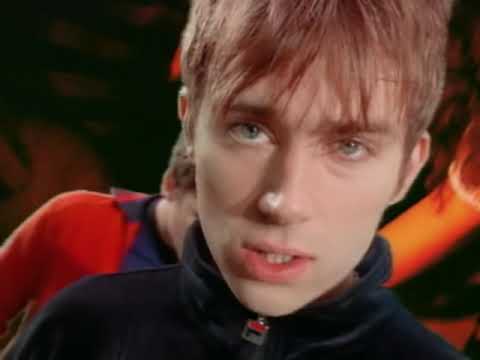