"Money for Nothing" is a single by British rock band Dire Straits, taken from their 1985 album Brothers in Arms. It was one of Dire Straits' most successful singles, peaking at number one for three weeks in the United States, and it also reached number one for three weeks on the U.S. Mainstream Rock chart. In the band's native UK, the song peaked at number four. The recording was notable for its controversial lyrics, groundbreaking music video and cameo appearance by Sting singing the song's falsetto introduction and backing chorus, "I want my MTV." The video was also the first to be aired on MTV Europe when the network started on 1 August 1987.

"Money for Nothing" won the Grammy Award for Best Rock Performance by a Duo or Group with Vocal in 1986 at the 28th Grammy Awards. 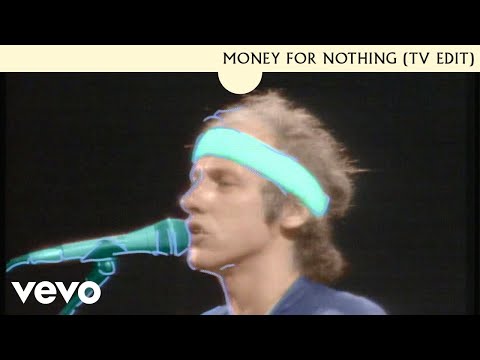