The Wild, the Innocent & the E Street Shuffle

EW YORK CITY SERENADE is the seventh (and closing) track on his 1973 album The Wild, The Innocent, & The E Street Shuffle. It is one of Springsteen's lengthiest studio tracks, clocking at 9:55.

The band line-up on this track is Bruce Springsteen, Clarence Clemons, Danni Federici, Garry Tallent, Vini Lopez, and David Sancious, plus Richard Blackwell on conga. The track, as well as the whole album, was recorded at Sound Studios in Blauvelt, NY, and produced by Mike Appel and Jimmy Cretecos.

To reach the desired sound effect, Richard Blackwell licked his finger and rubbed it across the top of the conga. A string section was not used on the studio recording of NEW YORK CITY SERENADE. Instead, David Sancious, who's credited for "string arrangement" on the track, used a Mellotron that the band rented from Carroll Music in Manhattan. Vini Lopez provided backing vocals, clapping (as did whoever was in the studio), played tambourine, triangle, and conga. "When the boys started to record this song, they found that the timing was off," Lopez explained. "So they put me with a conga drum under a foot of padding so the sound wouldn't be picked up by the other instrument mikes. I was the click track. As you can hear, the sound of the conga did bleed into everything else. They couldn't get it out."

According to Albee Tellone, sound manager on Springsteen's road crew from November 1972 to December 1973, Sancious "pieced together [the piano] intro out of stuff he learned on the way up. He was classically trained at some point of his life but he liked to play jazz and blues. You can hear how he combined a well known classical piece with some bluesy piano riffs sprinkled with jazz chords. He starts out strumming the piano strings with a guitar pick while holding down chords with his left hand. I watched him do it in the studio and on stage." He goes on to say that "Bruce admired David's ability so much that he allowed him a ton of creative room in that band. The two of them rehearsed separately from the rest of the band in David's living room on his piano." Vini Lopez recalled that "David came up with the idea for that [piano] intro. Hold the notes down on the keyboard then strum the strings." Sancious would do the same when playing the song live on tour. 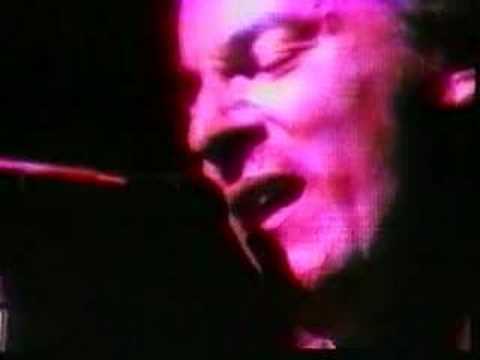