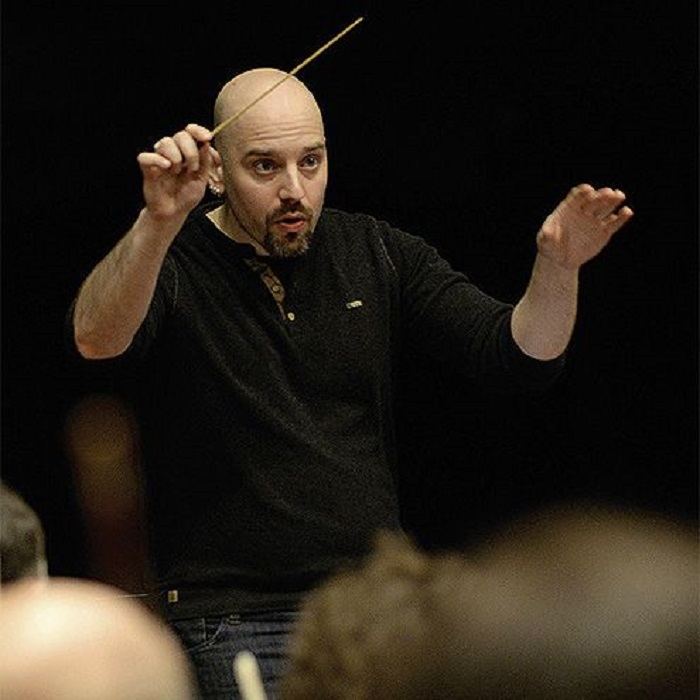 Aleksandar Sedlar Bogoev (1982, Serbia) graduated in composition (2006) at the Faculty of Music in Belgrade from the class of Prof. Vlastimir Trajković as the best student of his generation. He was awarded Stevan Hristić Award for his graduation piece. He is finishing studies in conducting with Prof. Bojan Suđić at the Belgrade Faculty of Music. In 2007/2008 he was assistant at the Department of Composition of the same Faculty. His pieces were performed at home and abroad, and he collaborated with numerous important institutions and ensembles. Important pieces: Macbeth (Violin concerto); Elegy for orchestra (graduation piece performed by Belgrade Philharmonic Orchestra); Flower in the Desert (commission of Guitar Art Festival, 2010); Spring in Japan (commission by Nemanja Radulović and Transart agency, DECCA Universal). He composed music for films, theater, radio and television. Currently he attends master studies in composition at the University of Southern California (USC) with professor Donald Crocket.

The genesis of the piece Idi vidi dedu! (Go See Grandpa!) was initiated by Dragana Jovanović and Darinka Matić Marović and accordingly dedicated to Collegium musicum as a present for their 40th anniversary. At the same time it was the birthday present to my grandfather, Aleksandar Bogoev, who turned 96 in December 2010. With this piece I wanted to tell just a small part of story about him. This notion came out from the sense of guilt I feel for not seeing enough of him, although we’ve been living in the same street.

The women’s choir represents my mom’s and sister’s resounding voices, reminding and warning me to „go and see grandpa ‘cause tomorrow could be to late“. After the introduction there are four sections – four scenes from the life of my grandfather that finally lead to the repetition of the introductory motive at the end. Collaboration with Collegium musicum enabled me to realize this idea and gave me strength to write, for the first time, the lyrics on my own.