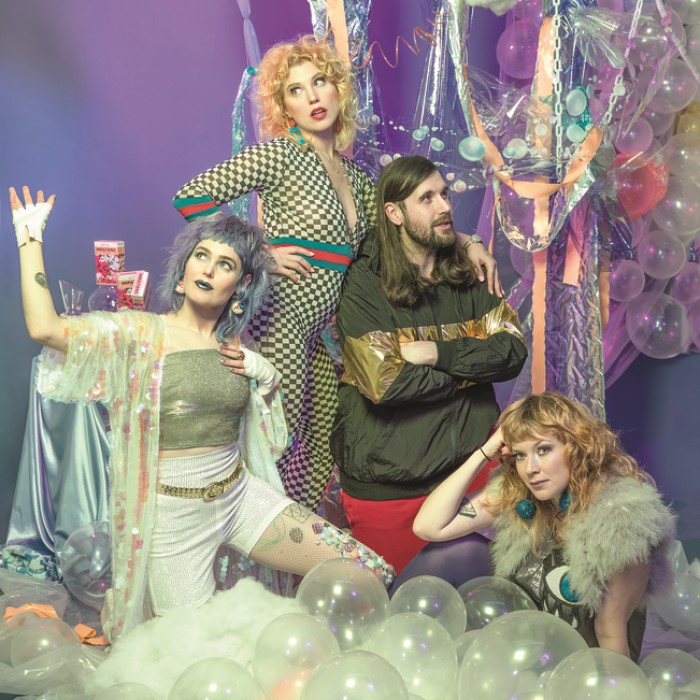 Tacocat is an American indie punk rock quartet from Seattle, Washington, founded in 2007 and consisting of Emily Nokes, Bree McKenna, Lelah Maupin, and Eric Randall. They gained popularity in 2014 following the release of their second album NVM, engineered by Conrad Uno. The album received positive reviews in the music press, including from Pitchfork, AllMusic, and PopMatters, and also reached the CMJ top 10 college radio albums.

Tacocat addresses feminist themes in many of their songs using humor and sarcasm. The song "Crimson Wave" is a period-positive beach anthem featuring red imagery and humorous menstruation metaphors. The music video for the song gained over 10,000 views in a single week on YouTube, and has since gotten over 415,000 views. The band also jokes about other themes such as seasonal affective disorder in Seattle on "Bridge to Hawaii" and waiting for a late bus on "FU #8".