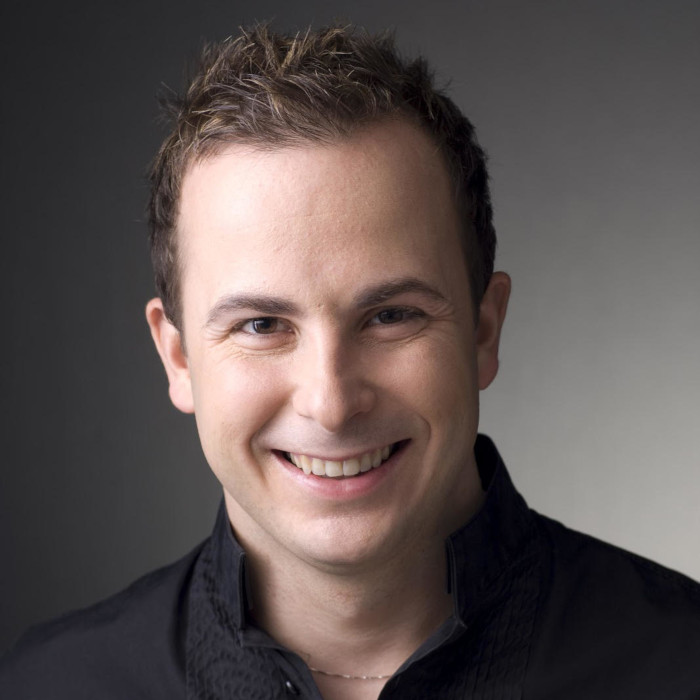 In September 2018, Yannick Nézet-Séguin becomes the third Music Director of the Metropolitan Opera, New York. Music Director of the Philadelphia Orchestra since 2012 and the Orchestre Métropolitain of Montreal since 2000, he becomes Honorary Conductor of the Rotterdam Philharmonic Orchestra after being their Music Director from 2008 to 2018. He is also Honorary Member of the Chamber Orchestra of Europe.
Yannick has worked with many leading European ensembles and enjoys close collaborations with Berliner Philharmoniker, Wiener Philharmoniker, Bayerischer Rundfunk Sinfonieorchester and Chamber Orchestra of Europe; between 2008 and 2014, he was also Principal Guest Conductor of London Philharmonic Orchestra. He has appeared many times at the BBC Proms and at many European festivals, among them Edinburgh, Lucerne, Salzburg and Grafenegg (Vienna). North American summer appearances include New York’s Mostly Mozart Festival, Lanaudiere, Vail and Saratoga. With the Philadelphia Orchestra, he goes regularly to Carnegie Hall. He also conducts master classes, notably at two of the most renowned institutions, the Curtis Institute of Philadelphia and the Julliard School of New York.
2013/14 marked the start of his three-year term as Artist-in-Residence at Konzerthaus Dortmund which featured The Philadelphia Orchestra, London Philharmonic, Chamber Orchestra of Europe, Rotterdam Philharmonic, Bayerischer Rundfunk, Berliner Philhamoniker, Wiener Philharmoniker and chamber concerts.
He conducts regularly The Philadelphia Orchestra, the Rotterdam Philharmonic Orchestra and The Chamber Orchestra of Europe on Asian and European tours. In November 2017, he has led the Orchestre Métropolitain of Montreal in its very first European tour.
Yannick is equally comfortable in the pit and on the concert podium. After doing his first opera conducting experiences for the Opéra de Montréal from 2000 to 2004, in L'Incoronazione di Poppea, Le Barbier de Séville, Cosi fan tutte, Pelléas et Mélisande and L'Elisir d'amore, he returned once in a while for Wozzeck, Madame Butterfly, Salomé and Elektra. He made his Salzburg Festival opera debut in 2008 with a new production of Roméo et Juliette, returning in 2010 and 2011 for Don Giovanni. In the 2009/10 season, he made his Metropolitan Opera debut with their new production of Carmen; since then, he has returned each season to conduct Don Carlo, Faust, La Traviata, Rusalka, Otello, Der fliegende Hollander, Parsifal and Elektra before he was named Music Director beginning with the season 2018-2019. During his first season at this post, he conducts La Traviata, Pelléas et Mélisande and Dialogues des Carmélites. He has conducted for Teatro alla Scala, Royal Opera House, Covent Garden, Netherlands Opera and Vienna State Opera; in 2011, he began the cycle of Mozart's seven mature operas for Festspielhaus Baden-Baden, all recorded live by Deutsche Grammophon.
The maestro records in exclusivity for Deutsche Grammophon. September 2013 marks his first symphonic recording for the prestigious yellow label; for the occasion, he conducted the Philadelphia Orchestra in his first studio release for a major label since 1997; their Stravinsky (The Rite of Spring)-Stokowski (transcriptions from Bach and Stravinsky) knows a huge success. Recent DG releases, both with the Chamber Orchestra of Europe, include Mendelssohn Symphonies 1-5 and La Clemenza di Tito; also in 2018, a Collection box with the Rotterdam Philharmonic Orchestra and Destination with Daniil Trifonov and the Philadelphia Ochestra, the last one having been nominated by the BBC Music Magazine in the Concertos category. The DG discography also includes, among others, the Complete Schumann symphonies, Rachmaninov Variations with Daniil Trifonov and The Philadelphia Orchestra; Tchaikovsky with Lisa Batiashvili and the Rotterdam Philharmonic; Visions of Prokofiev with Lisa Batiashvili and the Chamber Orchestra of Europe. Following live performances of Leonard Bernstein's Mass, Yannick conducts the Philadelphia Orchestra and all the singers in a recording released in March 2018. With the Orchestre Métropolitain and Atma Classique in Montreal, a special box is released with the complete Bruckner symphonies recorded along the years. Many more recordings are available under various labels: with the Rotterdam Philharmonic (EMI Classics, BIS); the London Philharmonic (LPO label); and the Orchestre Métropolitain of Montréal (ATMA Classique). 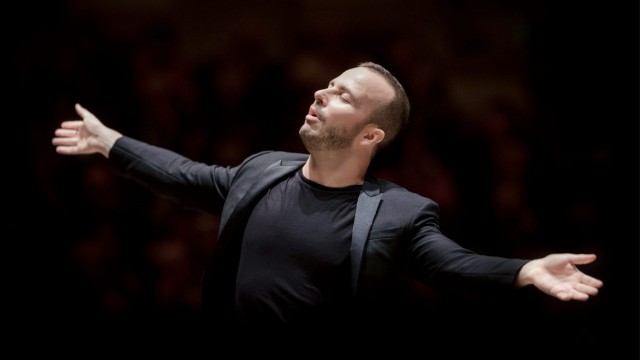