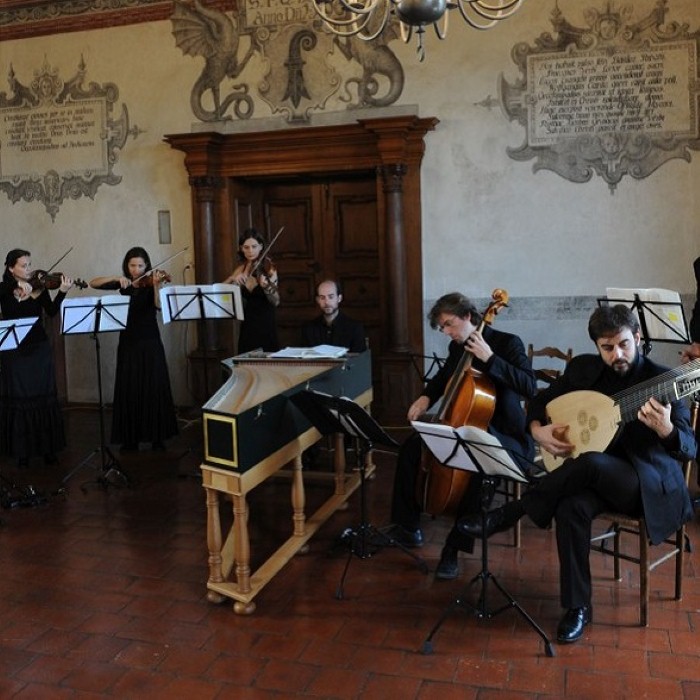 The La Cetra Baroque Orchestra Basel is a Swiss orchestra of historical performance practice founded in 1999 with location Basel . The work area of ​​the orchestra extends from the music of the 17th to the 19th century.
The orchestra was founded on the initiative of the then director of the Schola Cantorum Basiliensis, Dr. med. Peter Reidemeister , when the Schola Cantorum Basiliensis wanted to create an orchestra for their graduates. To this day, there is a connection with the research department of this institution for early music . The name of the orchestra was borrowed from Antonio Vivaldi , who, like other composers before him, titled his Violin Concerto op. 9 La Cetra , published in Amsterdam in 1727 - the lyre (zither), the instrument of Orpheus' and Apollo.
Since then, he has made his way into the ranks of the internationally leading early music orchestras. Cooperations with the Theater Basel include opera productions such as Monteverdi's L'incoronazione di Poppea 2003 and L'Orfeo 2008, Vivaldi's Orlando Furioso 2009, Cavalli's La Calisto 2010, Handel's Ariodante 2012, Mozart's Idomeneo 2013, Purcell's The Indian Queen 2014 and Charpentier's Médée 2015. With In 2012, Ballet Basel became Purcell's The Fairy-Queen and in 2015 Vivaldi's Juditha triumphansrealized. Furthermore La Cetra works in concerts with singers like Magdalena Kožená , Carlos Mena , Patricia Petibon , Nuria Rial and Andreas Scholl as well as instrumentalists like Nicola Benedetti , Giuliano Carmignola or Maurice Steger . Also working with guest conductors such as Gustav Leonhardt, Jordi Savall and René Jacobs .
La Cetra regularly plays in Germany ( Festspielhaus Baden-Baden ), Luxembourg ( Philharmonie de Luxembourg ), England ( Wigmore Hall London), the Netherlands ( Concertgebouw Amsterdam) and Spain (Auditorio National de Madrid, Palau de la Musica Barcelona). 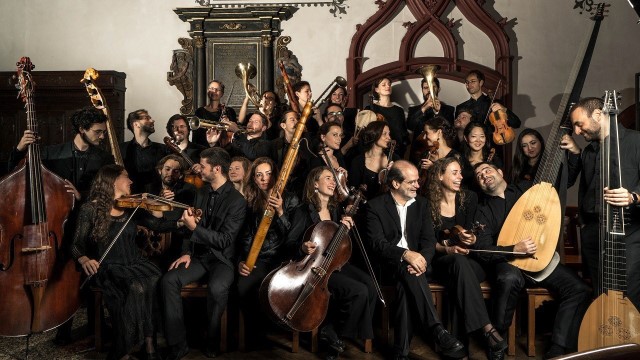