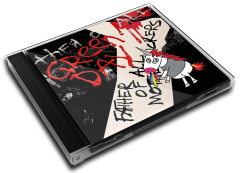 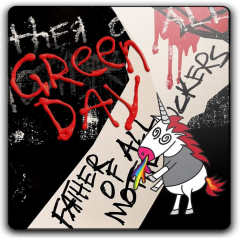 "Father of All Motherfuckers" (also known by its censored form, Father of All...) is the thirteenth studio album by American rock band Green Day, released on February 7, 2020 through Reprise Records.

Album Review
Father of All Motherfuckers received generally positive reviews from critics. At Metacritic, which assigns a normalized rating out of 100 to reviews from mainstream critics, the album has an average score of 68 out of 100, which indicates "Generally favorable reviews" based on 12 reviews.
Kerrang! magazine rated the album four out of five stars, saying, "Father of All Motherfuckers is just another sign of a band who have always done things their way refusing to do what's expected of them. And it's a hella mega good time from start to finish". Christopher Weingarten of Entertainment Weekly gave the album a C-, saying, "At its best, [Father of All] might be the dance party we need, but it's not the one we want." In a more positive review, Q magazine said, "By its very nature, Father of All... is slight compared to a sprawling magnum opus such as 2009's 21st Century Breakdown, but it's close to impossible to emerge from its rapid-fire near-half-hour without a smile on your face."