Shades of a Blue Orphanage 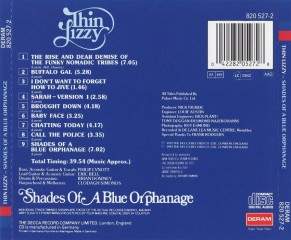 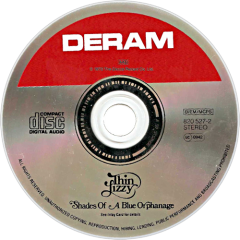 Shades of a Blue Orphanage is the second studio album by Irish band Thin Lizzy, released in 1972. The title is a combination of the members' previous bands: Shades of Blue and Orphanage.
"Sarah" was written for Phil Lynott's grandmother who raised him when his mother, Philomena, was unable to do so. This song should not be confused with the 1979 song of the same name, for Lynott's daughter, included on Black Rose: A Rock Legend.