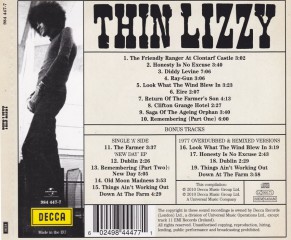 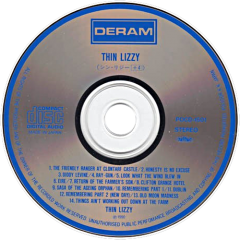 Thin Lizzy is the debut studio album by Irish rock band Thin Lizzy, released on 30 April 1971 on the Decca label. The album was followed by the EP New Day, produced and recorded by Nick Tauber at Decca Studios on 14–17 June 1971 and released on 20 August 1971. The songs from the EP were included in later editions of the album.