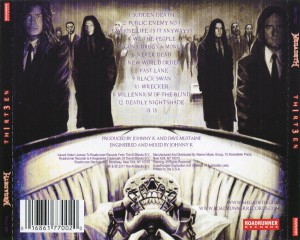 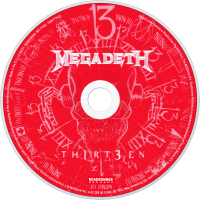 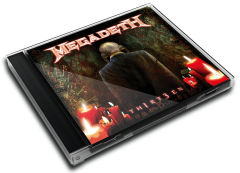 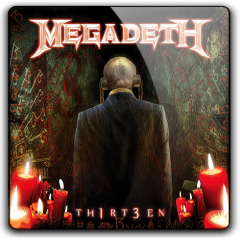 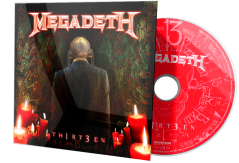 Thirteen (stylized as TH1RT3EN) is the thirteenth studio album by the American heavy metal band Megadeth. The album was released on November 1, 2011 making it the second Megadeth album (after Youthanasia in 1994) to be released on that date. The album was released on October 26, 2011 in Japan. Thirteen is the third and final album due in the band's current contract with Roadrunner Records. It is the first Megadeth studio album since The World Needs a Hero (2001) on which bass guitarist and founding member Dave Ellefson performs.
The lead single from Thirteen was the Al Capone-inspired "Public Enemy No. 1". This was followed by "Whose Life (Is It Anyways?)" about a month later. A third song from the album, "Sudden Death", was released as a single prior to the announcement of Thirteen to promote Guitar Hero: Warriors of Rock. Both "Sudden Death and "Public Enemy No. 1" received Grammy nominations, as did "Whose Life (Is It Anyways?)". "Whose Life" and "Public Enemy No. 1" were nominated for Best Hard Rock/Metal Performance at the 55th and 54th Grammy awards, respectively and "Sudden Death" was nominated for Best Metal Performance at the 53rd Grammy awards.
Thirteen debuted at number 11 on the Billboard 200 chart and has sold about 119,000 copies in the United States as of December 2012. The album has received mostly positive reviews from critics and has a Metacritic rating of 71/100.