Maybe You Should Drive 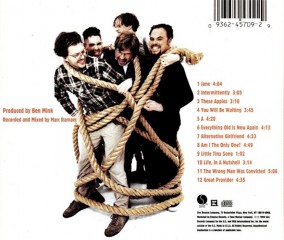 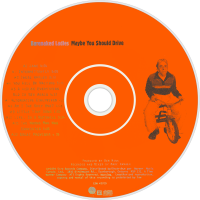 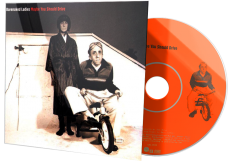 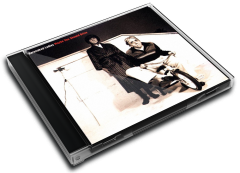 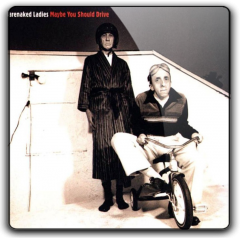 Maybe You Should Drive (commonly abbreviated MYSD) is the second studio album by Barenaked Ladies. It was released in August 1994 and has gone double platinum in Canada, reaching #3 upon its release. It was also their first album to chart in the US, peaking at #175 on the Billboard 200. Unlike on their previous album, Gordon, Steven Page and Ed Robertson did not write together very much for MYSD.

The well-known tracks from this album include "Jane", "Alternative Girlfriend", "These Apples", "A", and "Life, in a Nutshell." As with each of their early albums, the band recorded one song, "Intermittently", completely naked. Fourteen tracks were brought to the recording session. Tracks cut from the album include "Break Your Heart" and "Trust Me", both of which were later re-recorded for Born on a Pirate Ship; the former was re-worked and appeared on that album, while the latter was cut again, and appeared as a B-side on the Shoe Box EP.

Of the recording session, Steven Page said "We did most of in Burnaby, a cold and industrial wasteland, with a huge budget we really didn't need All a huge budget does is put you further in debt. Imagine if they raised your VISA limit to $5,000 and then you had to give your card to a professional shopper-let's call him a producer in the case-and he said, 'OK, let's spend the whole thing.'"

Also according to Page, keyboardist/percussionist Andy Creeggan considered leaving the band during the rehearsals for this album, but was convinced to stay for its completion, and subsequent promotional tour. Creeggan did indeed depart the band and entered McGill University's music program. He has since recorded four albums with his brother Jim (who is also bassist for Barenaked Ladies) under the name The Brothers Creeggan.