Born on a Pirate Ship 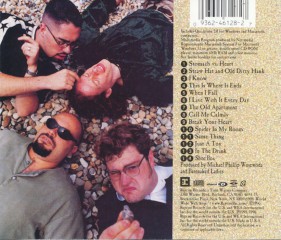 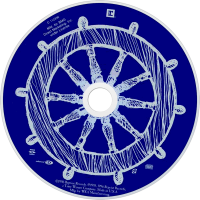 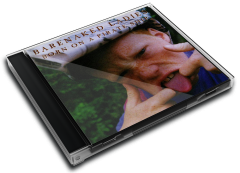 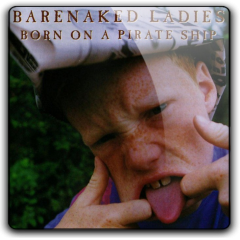 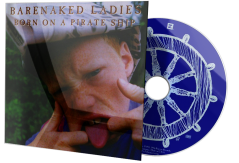 Born on a Pirate Ship (sometimes abbreviated BOAPS) is the third full-length album by Barenaked Ladies (BNL), featuring the songs "Shoe Box", "The Old Apartment", "When I Fall" and "Break Your Heart." "The Old Apartment" would become BNL's first US hit in 1997 and began the process of winning many new American fans.

This was the first album recorded following the departure of keyboardist Andy Creeggan, who had considered leaving before the recording of their previous album, Maybe You Should Drive. BOAPS was recorded as a four-piece. Kevin Hearn is not credited on the album, but joined the group for the 1995 tour that preceded the album's release in time to be thanked in the liner notes for "injecting new spirit."

Steven Page and Ed Robertson returned to writing together, as they did upon the band's formation, but had abandoned following the release of Gordon, Tracks recorded for this album but left off the finished record are: "Trust Me" (earlier recorded for Maybe You Should Drive but left off the album—included on the Shoe Box EP) and "Back" (included on the "Brian Wilson 2000" single). As with each of their early albums, the band recorded one song, "Back", completely naked.

The front cover features a boy in a newspaper hat pulling at his cheeks, in reference to the childhood prank alluded to by the album's title. Contrary to popular belief, this is not a childhood picture of BNL bassist Jim Creeggan, but simply a child actor hired for the photos.

The album is also an enhanced CD. The data track contains audio samples from the band's previous two CDs, a short montage of press photos, several of the band's music videos, a short trivia quiz, and a pair of "behind the scenes" videos from the band. Similar content was included and expanded upon on the Shoe Box E.P.; however, the format of the enhanced CD used in the creation of that CD renders the data track inaccessible on modern operating systems.

Although a moderate #18 hit in Canada, the album only managed #111 in the US. Born On A Pirate Ship was awarded gold status in the U.S. in 2000, after the band became more popular there.