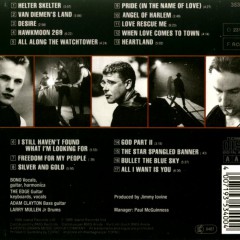 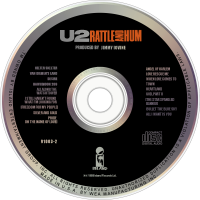 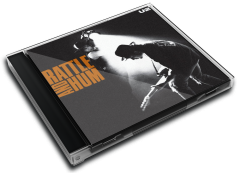 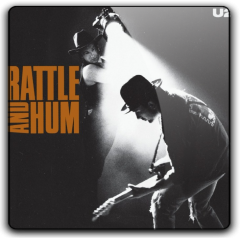 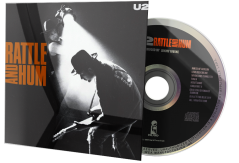 Rattle and Hum is the sixth studio album by rock band U2 and its companion rockumentary directed by Phil Joanou, both released in 1988. The film and the album feature live recordings, covers, and new songs. To a greater extent than on their previous album, The Joshua Tree, the band explores American roots music and incorporates elements of blues rock, folk rock, and gospel music in their sound. The motion picture was filmed primarily in the United States in late 1987 during The Joshua Tree Tour and it features their experiences with American music. Although Rattle and Hum was intended to represent the band paying tribute to rock legends, some critics accused U2 of trying to place themselves amongst the ranks of these artists. While critical reception was mixed, the album was a commercial success, reaching the number one spot in several countries and selling 14 million copies.
While in Hartford during the 1987 The Joshua Tree Tour, U2 met film director Phil Joanou who made an unsolicited pitch to the band to make a feature-length documentary about the tour. Joanou suggested they hire Martin Scorsese, Jonathan Demme, or George Miller to direct the film. Joanou met the band again in Dublin to discuss the plans and again in France in September before the band chose him as director. The movie was originally titled "U2 In The Americas" and the band planned to film in Chicago and Buenos Aires later in the year. It was later decided that the Chicago venue wasn't suitable, and instead U2 used the McNichols Sports Arena in Denver to film. Following the success of Live at Red Rocks: Under a Blood Red Sky, which had been filmed in Denver four years earlier, the band hoped that "lightning might strike twice". With production problems and estimated costs of $1.2 million the band cancelled the plans for December concerts in South America. At the suggestions of concert promoter, Barry Fey, the band instead booked the Sun Devil Stadium in Arizona.
The movie is a rockumentary, which was initially financed by the band and intended to be screened in a small number of cinemas as an independent film.[citation needed] After going over budget, the film was bought by Paramount Pictures and released in theaters in 1988, before arriving on video in 1989.[citation needed] It was produced by Michael Hamlyn and directed by Phil Joanou. Paul Wasserman served as the publicist. It incorporates live footage with studio outtakes and band interviews. The album is a mix of live material and new studio recordings that furthers the band's experimentation with American music styles and recognises many of their musical influences. It was produced by Jimmy Iovine and also released in 1988.
The title, Rattle and Hum, is taken from a lyric from "Bullet the Blue Sky", the fourth track on The Joshua Tree; the image used for the album cover and movie poster, depicting Bono shining a spotlight on Edge as he plays, is from the live performance of "Bullet the Blue Sky" recorded in the film and album.

User Album Review
Following the release of The Joshua Tree, U2's first truly huge album in global terms, the USA lay supine before them. Deciding to embrace the cultural heritage as well as the dollars, the band aimed to document the tour and pay homage to their perceived roots. For this, they agreed, they needed an American producer. So along to Memphis came Jimmy Iovine - producer on the transitional live document - Under A Blood Red Sky. The results were a double album of live and studio work and a film that met with decidedly mixed reactions.

In truth there's nothing wrong with Rattle And Hum other than the fact that, unlike some other bands, U2 didn't necessarily mix so well with other artists or genres. For instance, When Loves Comes To Town (with BB King) is raucous but hardly classic. The same applies to cover versions. The live attempt at All Along The Watchtower needed more than grainy black and white footage and cowboy hats to set it up there with Dylan and Hendrix.
More impressive were the live cuts and other hits culled from shows in Denver and Tempe where it became obvious that the songs from The Joshua Tree became even grander in a stadium setting. The band's hearts were in the right place (Silver And Gold, as Bono rather obviously points out, is about apartheid). The real problem lay in the grandiloquent context the film provided.
While the band subsequently claimed that things had run away with them, turning a modest tour diary into a Hollywood event, the critical reaction registered quickly enough. The only way to overcome an image of po-faced self regard and epic gestures was to become more epic but also throw in a vast dollop of irony. Achtung Baby to the rescue, then...