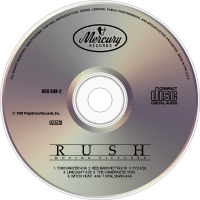 Moving Pictures is the eighth studio album by Canadian rock band Rush. The album was recorded and mixed from October to November 1980 at Le Studio located in Morin Heights, Quebec, Canada, and released on February 12, 1981.

Moving Pictures became the band's biggest selling album in the United States rising to No. 3 on the Billboard charts and remains the band's most popular and commercially successful studio recording to date. The album was one of the first to be certified multi-platinum by the RIAA upon establishment of the certification in October 1984, and eventually went quadruple platinum.

Moving Pictures is one of two Rush albums listed in 1001 Albums You Must Hear Before You Die (2112 is the other).
Kerrang! magazine listed the album at No. 43 among the "100 Greatest Heavy Metal Albums of All Time". In 2012, Moving Pictures was listed as the number 10 'Your Favorite Prog Rock Albums of All Time' by Rolling Stone.The album cover art is a visual pun of movers physically carrying paintings, while several songs from the album are connected to motion pictures, with "moving pictures" meaning movies. This second meaning is explicitly shown on the back of the album, where a movie crew is seen filming the scene from the front cover. A third meaning is taken from bystanders who are watching the movers and are visibly emotionally moved by the paintings, making them "moving pictures".

Work on the album began in August 1980 at Stony Lake, Ontario. "The Camera Eye" was the first to be written, followed by "Tom Sawyer", "Red Barchetta", "YYZ", and "Limelight". "Tom Sawyer" grew from a melody that Lee had been using to set up his synthesizers at sound checks.

At Phase One Studios with producer Terry Brown, they began recording demos. "Tom Sawyer" and "Limelight" were polished in October by playing them live on a warm-up tour and then they started the main recording at Le Studio in Quebec. "Red Barchetta" was recorded in one take, while others took many. There were problems with equipment failures and they finished three days behind schedule.
Moving Pictures was played live in its entirety to open the second set during each show of Rush's 2010-2011 Time Machine Tour. This was the first time Moving Pictures was played live in its entirety.

The album cover is a monument to triple entendre. On the front cover there are movers who are moving pictures. On the side, people are shown crying because the pictures passing by are emotionally "moving". Finally, the back cover has a film crew making a "moving picture" of the whole scene.

The album cover was taken in front of the Ontario Legislative Building at Queen's Park, Toronto. The pictures that are being moved are the starman logo featured on the reverse cover of the 2112 album, the famous Dogs Playing Poker painting, and a painting that presumably shows Joan of Arc being burned at the stake on May 30, 1431.

In an interview with Mike Dixon, easily recognizable as one of the movers on the Moving Pictures and Exit...Stage Left album covers, he discusses the various 'actors' on the Moving Pictures cover, beginning with the mover on the far left, his friend Bobby King. Bob King was on Hugh Syme's design team, and is credited for assisting Hugh on A Farewell to Kings, Hemispheres and Archives. Dixon goes on to tell how Bob King is not only one of the movers, but is also the original Starman on 2112, as well as Dionysus on the Hemispheres cover (i.e., the naked guy). In addition, the mover holding the Starman painting is Kelly Jay, who sang for the Toronto band Crowbar (Crowbar performed with Rush at the Minkler Auditorium in 1973, an advertisement for this show is in the Different Stages linernotes collage). Dixon also confirms photographer Deborah Sammuels is the Joan of Arc character and that her relatives are the family on the right (this conflicts with information provided in the Rush biography Chemistry, which states "Hugh borrowed friends, neighbours and even his hairdresser's parents").