Dig Out Your Soul 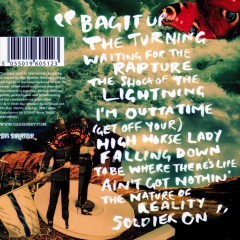 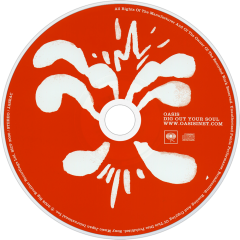 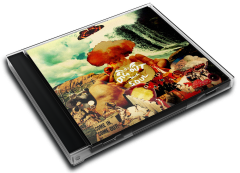 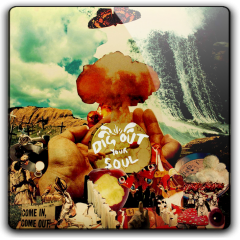 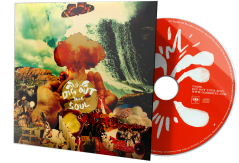 Dig Out Your Soul is the seventh and final studio album by English rock band Oasis, released in October 2008. The first single, "The Shock of the Lightning", was released on 29 September 2008. In promotion of the album, the band embarked on a world tour, debuting in Seattle, Washington at the WaMu Theater, and continuing for eighteen months. In 2009, the tour concluded (due to Noel Gallagher quitting the band) with major dates at some of the UK's biggest stadiums, notably the new Wembley Stadium, Sunderland's Stadium of Light and Edinburgh's Murrayfield as well as Ireland's Slane Castle. They also performed three hometown shows at Manchester's Heaton Park. To date, Dig Out Your Soul has sold around five million copies worldwide.

A January 2007 interview for NME, Noel Gallagher gave new details on his vision for the album: "All the tunes I've written recently have been on the kind of acoustic side, you know? But for the next record I really fancy doing a record where we just completely throw the kitchen sink at it," he explained. "We haven't done that since Be Here Now. I'd like to get, like, a 100-piece orchestra and choirs and all that stuff. I think since Standing on the Shoulder of Giants we've been trying to prove a point of just bass, drums, guitar and vocals and nothing fancy. But I kind of like fancy! I'd like to make an absolutely fucking colossal album. You know? Like literally two orchestras, stuff like that."

In October 2007, Noel revealed more about the record to BBC 6 Music: "Funnily enough, we all write separately, but for some reason all the songs sound like they've got a common thread. We've been focusing round the grooves more this time, the last album was quite 'songy,' if that makes any sense, I don't know. But it was quite 'songy:' "The Importance of Being Idle", "Let There Be Love" - it was quite a British, retro, 60s sounding album. This is kinda focusing round the grooves more. Saying that, we've only done two tracks but all the demos that we've done are great." Noel also revealed details about his lyrics for his new songs: "I've literally got nothing left to write about: I've wrote about being a youth, and I've wrote about being a rock star, and I've wrote about living life in the big city. I've been re-visiting some of my more psychedelic trips of a younger man, because I remember them all you see...putting them to music."

In a November 2007 interview with Reuters, singer Liam Gallagher revealed more details on how the record is going: "All the songs are wrote (sic), this record's gonna be fuckin' rockin'. There's no acoustic on it, man. We rehearsed about 10 tunes before coming in. Three are mine. Some are Noel's, some are Gem's, some are Andy's. We're there for a long time, so we just keep pickin' em off the tree, man. Some are sounding really fucking heavy, and then we're picking some out, and you go, 'Well that doesn't sit with that, right.' So we just keep moving about. We've got plenty of songs. We're not gonna go bored." Gallagher also revealed that the record,"Will have everything thrown at it. Let's just hope that Noel's learnt his lesson in the studio this time!"
In 15 June 2008 interview with talkSPORT, Noel said the album was "colossal", "rockin'" and added "it's gonna sound great live, which is the most important thing."

Between various songs on the album are several interludes (such as the sound of someone walking down a beach). Oasis have described these as "bits inbetween"

User Album Review
Legend has it that if Noel Coward was back stage after a production that was less than glowing, he'd merely say, "Darling, you've done it again!". Thus, unless you truly believe that Oasis are still the saviours of the dead horse we call 'rock 'n' roll' it's pointless to gripe about Dig Out Your Soul. It's a return to form for them and followers who have had their patience tested, waiting for a return to the big swaggering days of yore, will be well-pleased. Yes chaps, you've done it again.
As you'd expect the album's packed with the Sex-Pistols-play-the White-Album material we love 'em for. The Fab-Four-alike game continues with (Get Off Your) High Horse Lady as Give Peace A Chance; the intro to Dear Prudence making up the coda to The Turning; and apparently love is a ''magical mystery'' in The Shock Of The Lightning.
Liam's songs now give him the opportunity to do the 'sensitive' thing that his brother usually reserves for himself. Both I'm Outta Time and closer, Soldier On may be ostensibly Lennon homages, but they're the equal of anything else here. And top double negative expressing Ain't Got Nothin' throws you a curveball with its leery waltz timing. The newly-expanded band democracy also gives room to Andy Bell's The Nature Of Reality: a monstrous boogie, and Gem Archer's drone/raga-style To Be Where There's Life.
It still seems odd that the Mancunians choose cod-psychedelia as their modus operandi. Considering Noel's truculent inability to say anything nice about anyone else who dares to make a record, you get the feeling that if you took Oasis back to 1967 they'd be having a ruck with Syd Barrett and telling Paul McCartney to get ''fookin' real''. Nevertheless, Dig Out Your Soul comes equipped with all kinds of flowery sonic jiggery pokery: bells and even sitars join the footsteps on beaches, police sirens, bleeping games machines etc. But this cartoonish contradiction means that if the band ever really resemble any 60s heroes it's probably the Troggs. Street kids dressed in paisley...
Dig Out Your Soul has a huge sound. As reported by the siblings, it is ''rockin'''. Zak Starkey's drums pound in fine neanderthal style; the guitars crunch and feed back; the barre chords pummel; and Liam's voice still does that sneer that conveys that whatever we may think, he's not remotely bothered.