Standing on the Shoulder of Giants 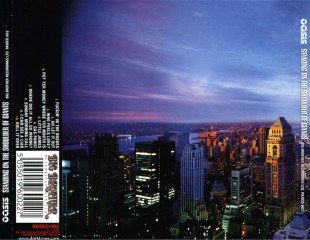 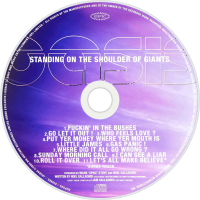 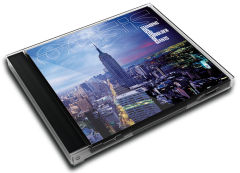 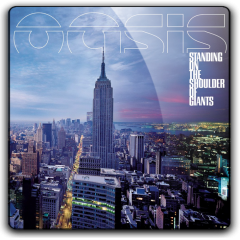 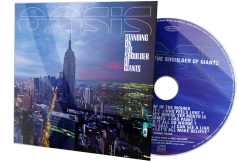 Standing on the Shoulder of Giants is the fourth studio album by English rock band Oasis, released on 28 February 2000. The album is the 16th fastest selling album in UK chart history, selling over 310,000 copies in its first week. Standing on the Shoulder of Giants has been certified double platinum by the British Phonographic Industry and has sold around 208,000 copies in the U.S. Despite becoming their fourth number-one album in the UK, it is currently the band's lowest selling album to date.
In 1999, the year preceding the final release of this album, Oasis had lost two founding members (Paul "Bonehead" Arthurs and Paul "Guigsy" McGuigan) and hired a new producer (Mark "Spike" Stent) to replace Owen Morris.

The album is an effective modern psychedelic record complete with drum loops, samples, electric sitar, mellotron, synthesizers and backward guitars, resulting in an album more experimental with electronica and heavy psychedelic rock influences. Songs such as "Go Let It Out", the Indian-influenced "Who Feels Love?", and the progressive "Gas Panic!" were a departure from the band's earlier style, "Fuckin' in the Bushes" has been considered to be the closest Oasis have come to hard rock with Led Zeppelin style riffs.