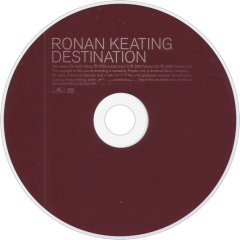 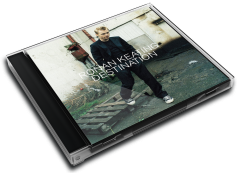 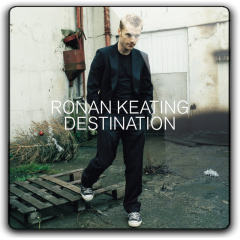 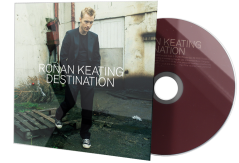 Not since his days with Belinda Carlisle had writer and producer Rick Nowels invested as much of himself into a singer's career. On Ronan Keating's Destination, his collaborations with Gregg Alexander, totaling nine tracks, offer more upbeat, guitar-infused pop confections, with background vocals to spare, than any listener of Ronan's very mellow debut album could have expected. But these songs with hard rock potential, in the hands of the neighborhood charmer from Ireland, are kept well-mannered; if Meat Loaf had gotten his clutches on them, we'd be discussing a very different album, but Meat Loaf's loss is Corned Beef and Cabbage's gain, or...where were we..."Pickin' Me Up" is a hip, indulgent, sparkling mix of theatrical pop and rock, with lyrics including "Fat farm, skinny school, we've lost the plot," and touches on CNN, African genocide, and "a world of plenty run by thieves," while sounding slick and joyful every bit of the way. Well, of course it's joyful -- how many depressing songs can you name that rhyme "Niagara" with "Viagra"? It's the best of the upbeat offerings, but there are others, notably the first single off the album, "Lovin' Each Day," "I Love It When We Do," and "Blown Away" all of which are as corny as Iowa, and as catchy as Yogi Berra. "Joy and Pain" is a pleasing soulful, gospel pop song, and because Ronan's voice tends to lull after several tracks, it's nice to hear him backed by strong female vocals. He makes room for breathing with Garth Brooks' "If Tomorrow Never Comes," a cover of "We've Got Tonight" sung here with Lulu, and his self-penned weeper "The Long Goodbye." The U.K. release features the R&B bonus track "I Got My Heart on You," which neither adds nor detracts from the quality of the other songs.